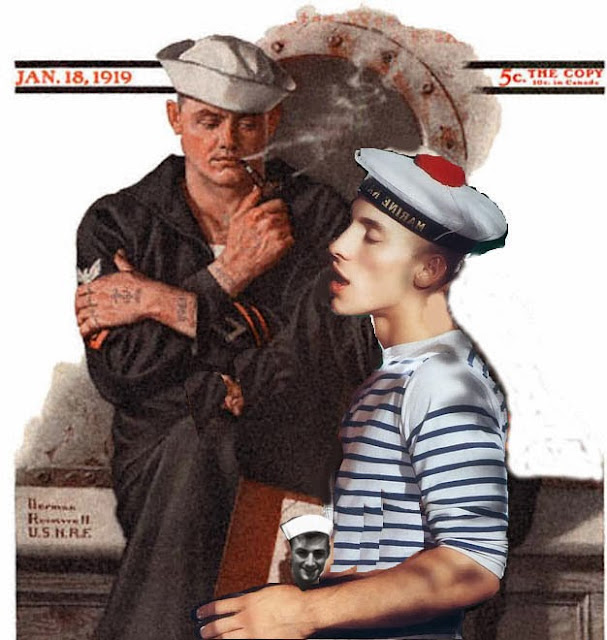 "Was he a repressed homosexual? We don’t really know. Ms. Solomon points to the homoerotic undertones in early paintings like “Sailor Dreaming of a Girlfriend” (1919), as well as two from 1958, “Before the Shot,” with its bare behind of an innocent young boy at the doctor’s office, and “The Runaway,” showing a beefy policeman seated next to a boy at a cafeteria counter. She uses the phrase “romantic crush” to describe Rockwell’s admiration for his fellow illustrator, J. C. Leyendecker, creator of the Arrow Collar Man. Rockwell once admitted, “Sex appeal seems to be something I just can’t catch on a piece of canvas.”