WHO'S AFRAID OF VAGINA WOOLF?: ACT 3 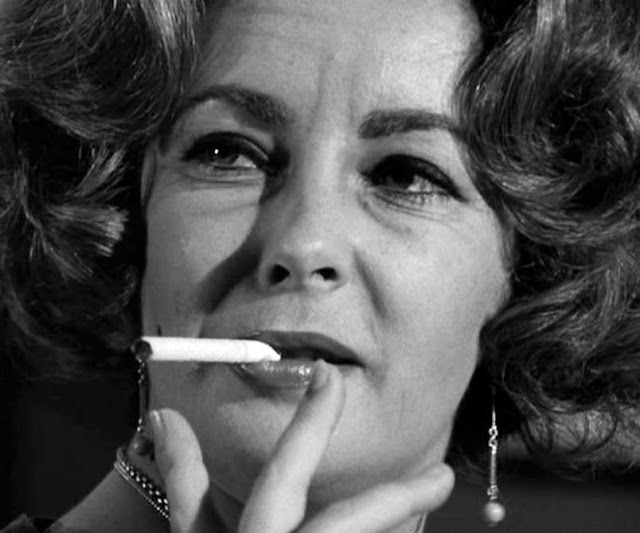 The story that Richard Burton tells George Segal out in the back yard—George leaning up against the tree as Nick is sitting on the rope swing.

Yes, my dears, it’s a true tear-jerker about—this kid who accidentally shoots his mother, then kills his father in an awful car accident…
______________

The story’s really about me though and what I would have truly wanted to do with both George and Martha—my shitty pair of loathsome parents who I wanted to simply get rid of once & for all.

George: No. There are limits, Martha. I mean, a man can put up with only so much before he descends a rung or two down the old evolutionary ladder, just simply to like Kiss your Big Fat Royal Ass, my dear.
________________

Martha: But George, you used to kiss it all the time?

George: Now, Martha, I’ll hold your hand when it's dark and you're afraid of our son the boogeyman coming back to blow our brains out. And I will hide your gin bottles under the bed so no one can see them—but I will not kiss your truly big fat royal ass any more. And that, as they say, is that.
_______________

Martha: Well, you're going bald. And you can’t get it up anymore. And even if you wanted to…

George: Only a blind man with a white cane would want to fuck you Martha, being blind and easily deceived, only such a man could be tricked into even possibly fucking you now, my dearest.

Martha: Don’t listen to George. Our son is still alive and well—and enjoying being a pampered guest at a simply fabulously ritzy jet-set spa. A very expensive one too—way up there in the Swiss Alps, you know.

George: See? He takes after his mother. Oh Jeez! Just look... Now, Martha has even changed into her sexy, slinky, black silk negligee—and Martha never does that for me anymore. It’s just for you, Nick and Honey. And demented Danny. Martha hasn't changed for me in simply years. If Martha is changing, that means we're going to play our little game.
____________________

George: Yes, Honey, our game’s called "Our Dead Young Son the Boogeyman” game. You're being accorded quite an auspicious honor, my dears, and you mustn't forget that Martha has always been incestuously in love with her smutty young juvenile delinquent sixteen-year-old handsome son.
__________________

George: Martha loves her cute son simply desperately, you know, but I’ll leave that sort of naughty dirty talk to Martha herself.

Martha: You make me sick.

George: Well, you make me sick.

George: He’s a monster—our son really is, you know.

George: You’re the needy one. You've spoiled him, Martha—made him self-indulgent, willful, dirty-minded, liquor-ridden and simply hopelessly sex-obsessed... it's all your fucking fault...