WHO'S AFRAID OF VAGINA WOOLF?: ACT 2 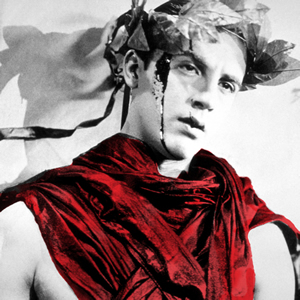 Danny: Hi there, folks. Nobody answered the doorbell. But I could hear everybody having a good time in inside, so I decided just to say VIOLA!

George: Well, well… look what the cat dragged in. Here we go again. Fasten your seatbelts, my dears. It’s gonna be a bumpy night.

Danny: Hello, Mommy Dearest. And you too, Big Daddy. Like I’ve come back for a little unfinished business after a year in the Loony Tune House.

Martha: Is that a threat George, huh?

Martha: Oh, forget him, baby. George is such a crummy stupid bourgeois puke.

George: Be careful Martha. He's surely going to do us all in that's for sure. Just look at him. He’s got awfully mean-looking over the past year, after being in an insane asylum all this time, honey-bunch.
_____________

Danny: Did you really think I was going to kill you?George and Martha? My own mother and father?
__________

Martha: You, kill me? That's a laugh.
George: Well now, he might some day.
Martha: Fat chance. You kill me every day, George.

George: So, how are things in the Nut House?
Danny: Good. Better. Best. Bested.

Posted by pugetopolis at 1:00 PM