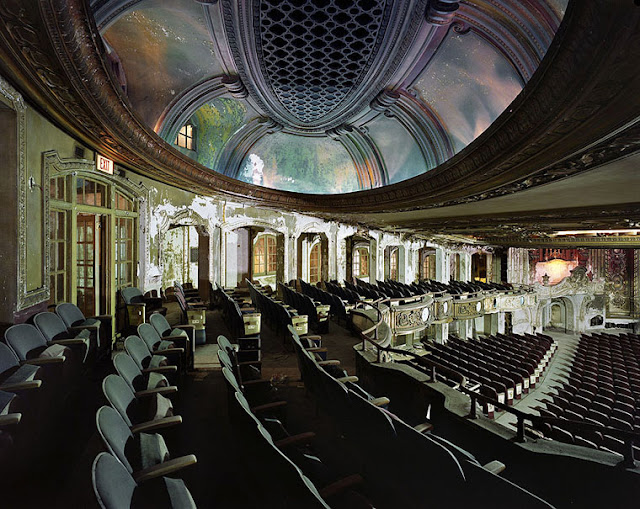 “When he reached the other
side of the bridge, the phantoms
came to greet him.”
—F. W. Murnau, Nosferatu (1922)

The idea that surrealist film not only includes “Rose Hobart” (1936)—but the readymade boxes of Joseph Cornell as well... That future cineastes such as Jack Smith would pick up on this filmic idea and use Cornell’s surrealist insights—filming his own degree zero movies like “Flaming Creatures” (1961) in NYC back during the “Midnight Movies” period of experimental American cinema.

The idea of adding kitschy camp to the repertoire of the surreal filmmaking process is nothing new—but American kitsch added gay connotations to surreal cinema very different in many ways from Breton’s patriarchal straight-laced hetero-straitjacketed surrealist manifesto agenda.

Jack Smith’s kitschy surrealism was closer to the Thirties Lesbos-Parisian surrealism of Gertrude Stein-Djuna Barnes-Mina Loy—with such works as “Nightwood,” “The Lost Lunar Baedker” and “The Autobiography of Alice B. Toklas.”

The 19-year-old Smith was an usher at the Orpheum Theater in Chicago in 1951—when Maria Montez’s untimely death inspired the management to undertake an extended festival of her films. It was  then that Smith fell in love with Montez like Cornell fell in love with Rose Hobart.

For example, Jack Smith’s “The Perfect Film Appositeness of Maria Montez” argued that the acme of cinematic expressiveness is to be found in a series of exotic, juvenile swashbucklers produced at Universal studios during World War II as vehicles for Maria Montez.

The same with the surrealist’s favorite movie Josef von Sternberg’s “The Shanghai Gesture” (1941)—which they improvised into delirious fantasy elaborations based on their “irrational enlargement” filmic method.