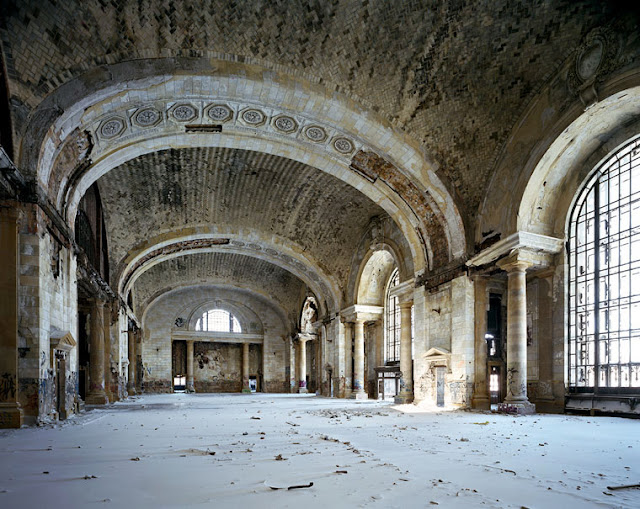 “For most criticism, by equating a
film with its story and interpretation
fails to acknowledge that this “third”
meaning can exist on any level at all”
—Jonathan Rosenbaum, “Barthes
and Film,” Placing Movies

This third meaning that Barthes defines as the “obtuse meaning that can proceed only by appearing and disappearing”—what is it?

The critical faculty of the moviegoer—isn’t that what’s being invoked in this third obtuse meaning sense in a surreal film or Cornell readymade box?

The hypnosis of verisimilitude, the suspension of disbelief that makes cinema so narcissistic?


In the early 20th century, following the development of the entertainment industry, hundreds of auditoriums were built everywhere in North America. Major entertainment firms and movie studios commissioned specialized architects to build grandiose and extravagant theaters.

From the 60's, TV, multiplexes and urban crisis made them becoming obsolete. During the following decades, when they were not modernized or transformed into adult cinemas, they closed one after the other and many of them were simply demolished.Those which remain forgotten, escaping from this fate, were converted to varied purposes.