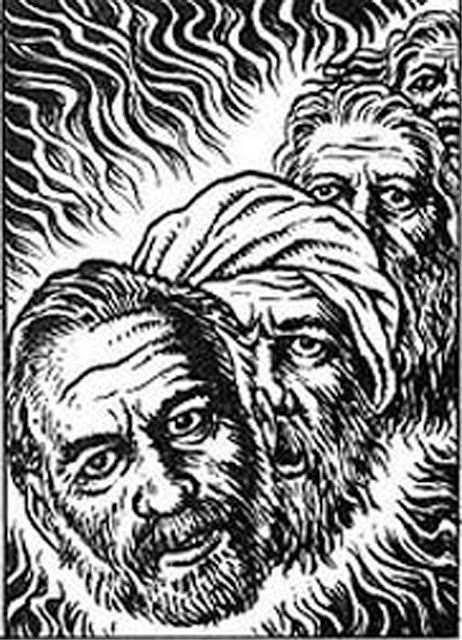 “He had always been there.”
—Emmanuel Carrère,
I Am Alive and You Are Dead:
A Journey into the Mind of
Philip K. Dick

“It happened right away.”

“I was up on Capitol Hill. At the Elliott Bay Bookstore. Browsing around.”

“Well, bingo—just like that. I felt the kipple effect oozing again into me, into the bookstore. Real smooth and sneaky-like.”

“I looked down & my leather jacket was gone. Just like that. Along with my billfold like it usually does. When the Kipple Effect happens. My jacket & billfold just disappeared.”

“Yeah. It happens every time.”

“So I started looking around the bookstore for my jacket & billfold, right? I found my jacket in a cabinet drawer & put it back on. But the billfold’s still missing…”

“It figures. Then what?”

“I turned to this little ugly old lady sitting at a desk next to the cabinet & asked her like where’s my billfold? She looked like an old bitch troll, shit, man.”

“They confiscated it,” she snarled at me. “That’s how we do things around here. Official business.”

I asked her “Official business? Like who? What the fuck!!! Management? When do I get my fuckin billfold back?”

“When Mao decides so,” she said.

“Yeah, Mao, well—you’re getting into it now. Dream management confiscating your memory & old kipple queen bees keeping their eyes on you.”

“That’s what I thought. In the dream I felt totally awake and lucid about everything. The Mao thing reminded me naturally of both Dick & Disch. Dealing with some kind of fuckin fascist authority figures.”

“You don’t really need Ubik to figure it out. Think phenothiazine like Chien used so he could see the Almighty one in Dick’s “Faith of Our Fathers.”

“Or any of its other disguises on the future Orwellian 1984 TV with messages drooling outta the android’s or robotic bubble head’s mouth, doing the same old propagandistic newspeak thing.”

“Definitely a weird seminal short story. You know what it reminded me of? The Jap version of The Man in the High Castle. After the Axis won the war—the whole west coast under the Rising Sun.”

“In Dick’s story phenothiazine did what Ubik does—it got rid of the illusion by de-hallucinating the poor fuck Chien. Like Ubik did for Joe Chip.”

“Yeah, but in The Man in the High Castle, Tagomi does the same thing. He de-hallucinates and suddenly sees a different kind of San Francisco—one where something called the Embarcadero Freeway exists. All because of this flash-back thing with some of Childan’s jewelry. Into an alt.welt. Without drugs or cold-pac deep freeze…”

“Another time other than just strictly linear time exists in that novel. The tenor of the moment changes. Two worlds—they don’t collide. They kinda schmooze with each other. You know, like the I Ching. Dick used it a lot writing that book…”

“Well, there I was…mind-fucking myself in this spectral version of this bookstore—usually a place I feel fairly comfortable in. But not this dream bookstore. I felt awfully paranoid & worried about having no ID on me. In fact, I really didn’t know who I was…”

“I woke up. I woke up & started laughing at myself in bed. It was like an anxiety dream I told myself—I always hate it when they abscond with my billfold & identity like that. It’s like I feel I’ve been thrown into some kind of crummy Lost & Found Department somewhere. Without a clue as to why or WTF I’m doing there, you know what I mean?”

“So now that you’re into this lucid dream thing, how do you feel about it? Now you can remember your dreams. But can you remember from one dream to the next—that you’re getting mind-fucked?”

“How can you know you’re being mind-fucked when you’re in the middle of being fuckin mind-fucked? Your memory’s been erased—so each mind-fuck is totally completely new. You’re like in the ultimate Mind Fuck Moment. How can you compare it with anything, man?”

“I dunno. It reminds me of Snake Plissken. Caught up in Escape from New York. Everything’s different in there—different rules, different lifestyles, different everything. You remember what he went thru.”

“Yeah, you’re right. It’s like Escape from New York. It feels like I’m inside the same Prison Planet each time, man. Like I’ve always been there. And yeah, there’s No Escape.”

“Maybe it is a Prison Planet. And cold-pac is lock-down for all us inmates?”

“Well, yeah. Especially in these Ubik dreams. There’s no escape. No use fighting it. It’s been that way for centuries.”

“I don’t know. I do know I’ve been deceived more than once. Once I wake up—I’m okay. But when I’m lucid dreaming, it’s the pits. The Dreamscape is truly Other. Like when I’m dreaming my whole existence is a cold-pac psychotic nightmare usually full of shitty paranoid foreboding Kafkaesque scenarios.”

“How do you know when you wake up—that’s it’s not just another Ubik dream you’re in? You know, a dream within a dream sort of thing? Have you ever woke up in a dream thinking you were awake?

“Oh man, you would have to say that, wouldn’t you?”

Posted by pugetopolis at 9:39 PM