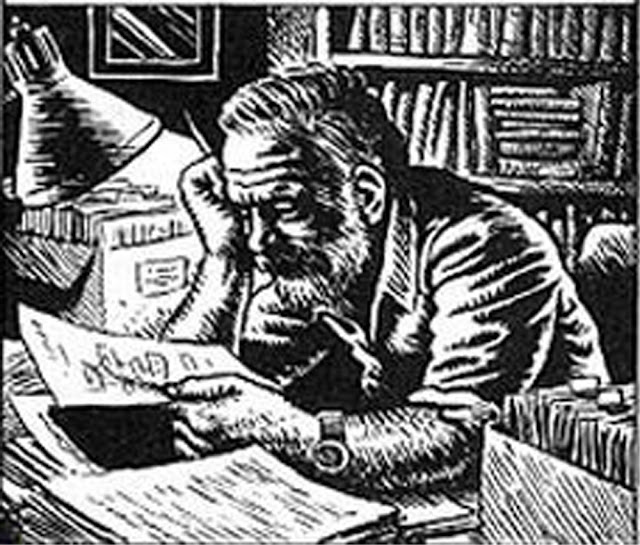 “Phil longed for a revelation.
As the sixties progressed, he
anguished that the greatest
gift of all had been denied him.”
—Thomas Disch

“Dick must have ended up feeling like he’d reached the end with Galactic Pot-Healer. And Do Androids Dream of Electric Dreams.”

“Yeah, same with A Maze of Death. He was tired of faking it—he wanted the real thing. Whatever that was.”

“Well, he was kinda burned out I suppose. Pumping out all that Ace pulp paperback fiction. The speed & the divorces. Not a happy man. He was scraping the bottom of the barrel back then and he sort of died creatively & spiritually. That’s what Disch says anyway…”

“Yeah, Crumb’s Weirdo Comic pretty much explains what happened to him next tho. The wisdom tooth extraction—the pain killers. The whole 2-3-74 Valis visionary-hallucination thing. Bingo...”

“Yeah, I guess he was pretty much ready for it—some kind of out-of-body experience connecting him with a new schizoid Fractured Fairy Tale gestalt starting things all over again. Throw in a talking unplugged radio, some underground Christians back again, the fascist Romans still hanging around here now—plus the usual paranoia & pain killers. What do ya get? Huh? Huh?”

“I dunno. Whatever it was it seems to have been a super-escalation mindfuck of whatever sixties Berkeley paranoid shit was going on inside his fucked-up head…and his fucked-up lifestyle. Are all sci-fi writers that fucked up?”

“I was gonna say he reminds me of you…”

“Yeah, well, you aint no calm Rock of Gibraltar yourself, man. You’re so fucked up that…”

“Skip it. Just kidding, man. We’re like both stuck on a Titanic just like Dick—you and me. We can shuffle the deck-chairs a little bit. But let’s face it—we’re both in cold-pac & just quibbling over little shitty details doesn’t really change anything at all.”

“Hmmm. I suppose you’re right. Maybe we can learn how to nullify this kipple thing we’ve been caught up in. I don’t wanna keep dreaming this way, dude.”

“Neither do I—but then maybe it’s like Ella Runciter said in Ubik.”

“You mean we just gotta deal with it?”

“Yeah, I was gonna say just live with it. But in cold-pac that's kinda a sick joke ya know? Tell me. Have you seen Jory yet? He’s the one giving me static every night. Just like in Ubik—sucking all my cold-pac precognitions dry. Schmoozing thru the night & draining my memory dry. Know what I mean?”

“Well, I was wondering about him. Is that him popping up in my dream every night?”

“I dunno. I think so but if that’s true—that we’ve both got this Jory character inside us… Well, you know what that means. Whether we’re dreaming or not—we aint alive, we’re in cold-pac. And it's like haunted in here, baby.”

“Yeah, it figures. This Jory character. I’m always arguing with him. He’s like some kind of adolescent punk-monster of the Id.  Like in Forbidden Planet.”

“Definitely. And something else. All those ads in Ubik—going on & on. You been getting any of those in your dreams?”

“Yeah. Kinda. But they really don’t fit into the storyline tho—they just kinda pop up with each scene. What’s that all about?”

“Yeah, I noticed that too. You know what they remind me of? Passwords or scores popping up in some kind of computer game.”

“Yeah, not just ads for Ubik. But some kind of recurring computer game thing—maybe reminders that somebody or something is sponsoring the goddamn narrative? Is it a novel we’re in or just another fucked-up computer game fantasy…”

“Yup. Exactly. I’ll tell you something tho. Something you might not have known. The German translation of Ubik? It uses the word “Marke” as “brand name.” A commodity brand name or kind of marking of the product thing.”

“Well, if you translate the St. John quote in Ubik that way you end up with this: “When all things began the brand name already was. The brand name was such & such. You know, like "How to Build a Universe That Doesn't Fall Apart Two Days Later.”

“Up to that point of entry into the Ubik plotline as Logos or brand name, the ad copy-like epigraphs pitching various Ubik commodities begin each chapter, but precisely do not interact with or tie into the chapter itself, keeping its place just like an ad or station break.”

“So that when Ubik steps down from the epigraph horizon into the narrative (its underworld), it’s more than just a cure-all product…” Ever read Laurence Rickels’ I Think I Am: Philip K. Dick.”

“Sounds like a computer game to me. You don’t suppose…”

“Yeah, now you get it. The Beloved Brethren Mortuary cold-pac is like a computer game.”

“And that little snotty nefarious brat Jory is just a little pimply-faced adolescent fuckin around with us in this crummy cold-pac computer game.”

“Well, it’s no weirder than Stanislaw Lem’s take on Ubik as being a Marxist critique of capitalism decay and kippleization of markets, production & commodities I suppose.”

“So let’s pretend we’re like anti-psi operators or inertials when we’ve dreaming next time. And this computer cold-pac dream game environment is out-of-joint.”

“You mean like Counter-Clock World ... our dream-world is entering into a kind of Hobart Phase?

“Yeah, we’re inside this fucked sidereal process in which time moves vertically not horizontally. Simultaneously rather than past/preset/future. We’re remembering things—but to remember things we’ve gotta forget things. Horizontal things like who we were when we went asleep.”

“Hmmm. That’s pretty heavy, man. I don’t know if I can wrap my mind around that one or not.”

“Look at it this way: We’re constantly faced with the replacement of brand-new situations while our memory ages and we’re trying to act out decayed versions of who we used to be.”

“It’s like Joe Chip’s portrait on the bills and coins. It’s funny money. He’s inside some kind of disjointed relationship with this dream-world of crummy Ubik commodities… inside this computer game.”

“So like we’re anti-psi operators or dreamtime inertials wising up to the situation by getting more lucid inside the dream, right?”

“We’re being subjected to two processes. One is a going-away, so to speak. A going-out-of-existence. That's process one. It’s horizontal. The second process is a coming-into-existence all at once. It’s vertical, simultaneous & superimposed. It’s a matrix that's never existed before."

“That’s why my dream are so Kipple?”

“Yeah, every new dream is a going-away that has the stronger pull. But its process, too, follows two trends. Symptoms of decay alternate with (and stabilize as) products that are obsolete.”

“Anyway, let’s see what our dreams are like tonight. The Kipple Effect. Try to pay attention to it…”

“Okay. I’ll talk to you tomorrow.”