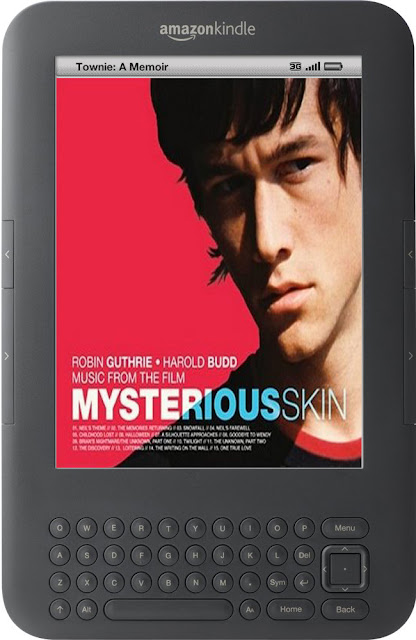 “Why do they let him go on?
Maybe because they can’t stop him.
Maybe there’s never been anyone
in half-life like Jory before.”
—Philip K. Dick, Ubik

The door of the ancient hotel room swung open. Don Denny accompanied by a doctor entered. Denny’s face was strained with apprehension. He looked at me.

“How are you Joe? Are you feeling better? For chrissake, I was worried about you."

The doctor hauled out his medical bag on the vanity table. “Is there any pain along with the enervation and the difficult respiration?”

He got out his old-fashioned stethoscope and cumbersome blood-pressure-reading equipment. “Do you have any history of cardiac involvement, Mr. Chip? Your mother or father? Unbutton your shirt, please.”

“Let him listen to your heart,” Denny said tersely.

“Forget it,” I said. “Runciter was here. We got thru to each other. We’re all in cold-pac; he’s in here too. Altho he’s pretending he’s still boss—somehow outta the loop. Surely you know that by now.”

The doctor removed his horn-rimmed glassed and rubbed his eyes. Then he disappeared.

“Oh, okay. It doesn’t make any difference now. You’re the last one left.” He sprayed the Ubik on himself—there was just enough to do it.

“That’s what I thought. Just a greasy ugly little pimply-faced punk, that’s all.”

Jory’s fingers writhed—like he wanted to get them around my throat. His face twitched—he’s been caught doing what he did best. Being a hyena—a fuckin no-good half-life scavenger.

“Yeah, kid. Finally we meet—but on my grounds.”

“Not for long,” Jory stammered. He had this twitch to his face, his flesh seemed to undulate with aversion. Cruddy, crummy decay and kipple was worming its way into him. He was no good—he was only 15 when he died in an auto accident. He was making-up for lost time now.

Jory opened his mouth—I could hear them all. Screaming down there deep inside a well—all the precogs & telepaths. The whole Runciter gang. He’d got them when they were vulnerable—lying there in their half-life propped up in their half-life coffins.

“Neat stuff,” Jory said. “Where does Runciter get it. Ella Runciter that is. They’ve got her in a different room. I haven’t been able to suck her dry yet.”

“Yeah, I know. Your toady Herbert Schoenheit von Vogelsang. He let you do it, didn’t he? The fuckin
faggot moratorium owner.”

“Von Vogelsang is queer for me. I let him do me when he’s cringing for it. He’s a medieval queen bee, you should’ve known that by now. Amphetamines and acid—he’s a chicken queen dontchaknow.”

“You rang sir,” Herbert Schoenheit von Vogelsang said. He stepped into the consultation lounge, mincing over to the coffin.

The moratorium owner slithered over to me, putting in another of his untimely appearances. His lips were puffy, his eyes were dilated.

“Can I get you anything, Mr. Chip? A cup of coffee? A martini? Another amphetamine, perhaps a twelve-hour spansule? In my office I have some special twenty-four-hour aphrodisiac spansules—one of those can keep you going for hours, if not all night.”

“See,” Jory said. “Van Vogelsang is my sugar daddy. He lets me suck them all dry. All of you half-dead telepaths and teeps. Then I let him suck me off—and he gets to taste your brains.”

“You must get bored—this little Tomb World of yours,” I said.

“So what’s new? You two must get kinda bored? A couple of down-and-out scummy old queens like you two? A pair of mortuary misanthropes—what creeps.”

“We don’t have to cruise for it,” faggy Von Vogelsang said. “It comes to us. There’s a glut of half-life victims at our disposal. Runciter and your team of mind-readers was just the right thing to happen. Jory and I were simply starved, my dear. A nice psi hors-d’œuvre of exquisitely alert & over-sensitive minds—oh, if you only knew.”

“So you’re the real telepaths. Not Runciter or Hollis or Dole Melipone.”

“Hardly, my dear. We here at the Brethren Mortuary are accredited and approved. We’ve been doing this for centuries, dontchaknow? Time reversion is strictly speaking the way things are done. We don’t just suck you dry—we go back with time reversion and suck each of your past lives dry, simply dry to the last drop, my dear.”

“You’re so sick. You must be pretty needy to have to do that. Cold-pac vampires on the prowl. Undead preying on the half-dead. You really must be hard up.”

Always solicitous Von Vogelsang looked worried. So did Jory, standing over me.

“We go back as far as we can go, but we have to. One life isn’t enough—we need all of them. There’s a reason for this reversion machinery—crude as it may seem.”

“It’s because you’re dying too. You’ve been dead much too long, Von Vogelsang. And you too, Jory.”

There was this sinking sensation in the hotel room. The retrograde time momentum back to 1969 was undergoing something weary, shaken, worn-out. Something was wrong.

“It seems to me, I said, “something malignant rather than purposeful is happening here in your rathole front for a funeral home.”

Letting his breath out in a ragged, noisy rush, Jory looked hesitantly at Von Vogelsang.

“What I said isn’t necessarily true,” Von Vogelsang said. “I don’t hold the same relationship to this regressed underworld like Jory does. It’s all his fault—I don’t know anything.”

“You know too much,” Jory said to Von Vogelsang.

Posted by pugetopolis at 2:25 PM