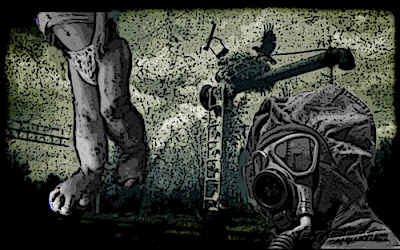 Like the Chernobyl, the Fukushima Nuke Disaster is a terrible, perhaps nefariously set-up, far from naïve meltdown-blowout-nuke Fairy Tale. The difference being that it’s an ongoing TEMPCO Frankenstein Japanese Godzilla Monster Movie Remake, much worse than Hiroshima or Nagasaki.

Beautifully animated and bizarre video animations capture the Tainted Jetstreaming Cesium Currents and Poisoned Radioactive Ocean Currents—as they Circulate Death throughout Japan & Asia—as well as Canada and West Coast USA. Just like the Redneck Riviera down by the Gulf of Mexico. Done in by BP Blowout Execs and Corexit Chemtrail Spray Drones...

The Genetic Mutants of Babies Yet Born—waiting in the TEMPCO wings just like they did in Chernobyl. And like Chernobyl—soon the latest versions of “Chernokids” will start being born. Ready or not here they come...

Only to be Euthanasiaized quickly in bourgeois delivery rooms—or displayed proudly on FOX News Specials. Or hidden by relatives like in Russia, ashamed of our young nuke monsters that us Breeders have spawned.

The real Fukushikids (Fukushima Mutants)—worse than any Hollywood Grade-B Horror Flick could ever be. Mutant Love spreads everywhere—Mutant Planet, Mutant Love!
Posted by pugetopolis at 2:25 PM