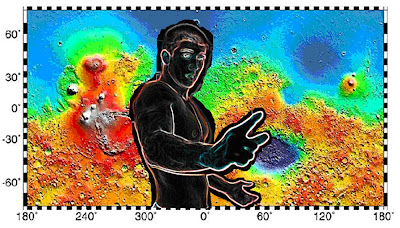 “as though infallible
eyes watched him”
—Blair Miles,
Strange Brother

I kept crawlin’ back to Harry—I couldn’t help it.

Harry just yawned at me—like he’d been expecting it.

He knew, I knew—everybody fuckin’ knew it.

Yeah, I know—I'd get what I deserved…

That’s just the way it was…

I got it—too much of it.

That’s the thing about fallin’ in love with Snakes.
Guyz like Harry—guyz from long lines of proud snaky shapeshifting royalty.

It went back a long ways.

Jeez, they were so fuckin’ slinky—they’d been around forever. And I mean a long time, baby. For centuries. The way he just looked at me in bed—smoking his cigarette. A bored smirk on his face—then looking away from me. Closing his eyes—listening to his earphones.

God, it gave me the heebie-jeebies every time I was around him—feelin’ those ancient Jurassic vibes runnin’ up & down my simpering spine. The way he let the tainted absinthe smoke curl its way—oozing its way down thru his quivering obscene erect nostrils down along his chest further down there into his kinky ruby-red pubes.

Like how to crawl back to him again & again—like the way it happened every time I tried to run away from him—away from him & that same-old crummy Clarence House dump—only to end up comin’ back to him—crawling my way up the stairs & back to him...on my fuckin’ hands & knees to a guy who could care less—

Swallowing my pride like I always did again & again—crawlin’ my way back across that ratty old Persian carpet in the bedroom that had seen so much—knowing he knew me better than I knew myself—down there on my skinny, bruised knees with that same crummy abject fall from grace time & time again deja vu—coming back to him like some kinda fuckin' slave—begging for it, pleading for it again...
________________________________

That’s the way it was—like I don’t know why it was—there were plenty of other guyz in London & Paris, lotsa goodlooking dummies back in barracks—but that’s what Harry did to me every time I ran away & had to come back again—

Acting like nothing happened, just shrugging, smirking, yawning at me—bored with me like he was with everybody else—how many other suckers crawled their way across that same ratty old Persian carpet to plead & cajole with him—with him just lying there, smoking a Zimbabwe juju, gazing up at the ceiling with those diamond-hard lizard eyes?
_________________________

I didn’t just come back thru the door—I couldn’t help it, the door never was locked on me—it must’ve been telepathic or something—WTF I could never find out why it was that way or why I’d have these long memory-loss flashes comin’ back over me—for some goddamn reason he always knew I was comin’ back to him—almost like we were on the same wave-length or something...

I deserved what I got. Comin’ back to this same troublesome guy in Clarence House—this guy who the Jap mob sent for me to meet thru the quantum gate—the only thing being I ended up falling in love with him instead—probably something they didn’t expect—although there was a long history to love in the Japanese samurai tradition—like it was really nothing new, yawn, in fact it was pretty much old business.

I tried not to think too much about it—I thought it was just like he sorta felt sorry for a slob like me—just another stupid peon caught up in the same skanky exopolitics like he was—maybe so, but so what? Because he knew I wasn’t gonna be around very long—like I had a reason for being there...to cross the new divide.

Surely I wasn’t like him & all those other skanky royal reptiles that lived there—snaking around Clarence Palace & behind the Throne like snakes—I was just some random shot in the dark he’d taken a liking to for some reason—I’d be here & gone tomorrow—that’s just the way it was—the way it’d been planned a long time ago?
_____________________

I didn’t wanna know anything anymore—I already knew too much—like ever since I’d met him, my life had been one long humid troublesome Night of the Iguana—tied-up in a crummy straitjacket in the Mexican jungle wilds—with lovely Ava Gardner to coo & calm me with low soothing lullabies & all that shit… The Mexican night was alive...

Then one night Harry was stretched in bed next to me—tired of me & too stoned to get it on again—with his bright orange-red hair all fuzzed-up like Dirty Harry, thinking about something on his mind—not being able to keep a secret any longer it seemed—finally with him leaning over to me & telling me something that made my blood run cold…
_________________________
“Ya know, you’re a strange one,” he said outta the blue. There was this silence in the bedroom—so silent you could hear a pin drop—but instead there was just the rain outside—beating on the window there in the Clarence House—that old dump full of memories, regrets & secrets. The rain crawling thru the wainscoting—into the bedroom that night with us there in bed. “Did I ever tell you,” Harry said somewhat nonchalantly. “That you’re really my half-brother?”

Posted by pugetopolis at 7:32 AM