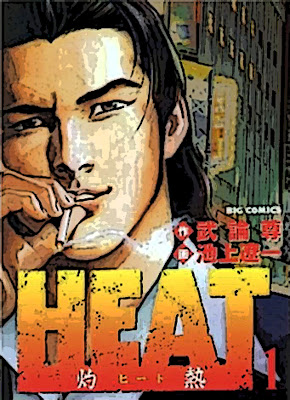 Disclosure haiku—
Can we know what Disclosure
Whistleblowers know?

The Defense Sciences Office (DSO) of the Defense Advanced Research Projects Agency (DARPA) is hosting a workshop, Scifaiku, Neuroscience and Experimental Technologies (STORyNET): Analysis and Decomposition of Narratives in Security Contexts. This workshop is intended as a precursor to exploring the neurobiological mechanisms which undergird narrative processing so as to establish fertile ground for connecting our understanding of the neuropsychology of stories with models, simulations and sensors salient to security concerns. To this end, the workshop will focus on surveying theories of narrative, understanding what role they play in security domains, and establishing the state of the art in story analysis and decomposition frameworks.

The special notice says last month’s Wild Boar Workshop was intended to be a precursor to exploring the “neurobiological mechanisms which undergird narrative processing so as to establish fertile ground for connecting our understanding of the neuropsychology of stories with models, simulations and sensors salient to security concerns.”

Exo-poetics—
Shorthand note on frog jumping
Into a Black Hole

DARPA officials declined comment, so Blakey Vermeule, a Stanford professor of English interested in cognitive and evolutionary approaches to literature, was emailed.

“I’m truly puzzled by DARPA’s interest in storytelling,” she replied. “Last I heard they were working on making robots that could move around easily in sand. I guess this may have something to do with the rise of the conspiracy blogosphere and its power over otherwise rational minds. But that’s just a guess.”

After Disclosure—
Who gets to use scifaiku
To make a profit?

Does the structure and function of scifaiku vary considerably across paradigm contexts or is there a hermeneutics theory of scifaiku?

Can we design scifaiku to make the future quantitatively analyzable in a rigorous, transparent and repeatable fashion?

It’s not that they don’t—
Care anymore, it’s that they
Don’t need us anymore?

Each time I get into a PKD novel—I realize why I got outta PKD the last time. It’s pretty simple—even tho each PKD mindfuck is different & unique.

Last time it was the same mindfuck that fucked-up PKD with TMITHC. The seductive lure was writing a sequel—something PKD started twice. Maybe more times. I know of two additional chapters—both in The Philosophical Writings anthology.

Whatever happens—
Next is gonna be something
We don’t wanna know?

“Exegesis”—a long rambling series of stoned speed-junky midnight notes & cogitations after Blade Runner got him some bucks film rights royalties; a decent condo-pad to center his love-life with. The guy was married 5 times? Jeez Lueez—most men wise-up after the first time. Definitely SF plot material tho…

Anyways, I’m getting the same skating-on-thin-ice-feeling. Rereading TMITHC sequel I did for Reader & Roadie Toad back in the NYTimes makes me queasy. I see why it kinda petered-out in Japantown with nowhere to go. Operation Dandelion hadn’t happened yet—in more ways than one.

After Fukushima so much for any nouveau Co-Prosperity Sphere with Japan, China and Korea—done in with earthquakes, HAARP & scalar weapon politics. Operation Dandelion = Tokugawa Shogunate coming to an official end…

Anglo-American-Fourth Reich mob v. new Japanese Yakuza Empire—pretty much delineating next Terran Space Opera Mise-en-scène. Whether the climax is Wagnerian or Kabuki remains to be seen…
________________________

Sooner or later it seems, most SF writers eventually turn to being historians of the future for awhile. A space opera here—a Fall of the Empire there. It’s inevitable I suppose—imagining alt.history scenarios stretching into the future. Or rewriting the past—like what if the South won the Civil War.

DARPA quantum-jump time-travelers, whether they teleport physically or voyeuristically conjure the future out of a ‘hologram-esque’ crystal ball, whether it’s Mars or some galactic empire entity—how can we trust these time-travelers?

The disclosure time-travelers. Who are they working for—what are they covering up? Are they reliable narrators? Or are they Greeks bestowing gifts—while there’s something hidden in the Trojan Horse? Are they genuine expert witnesses—or just hearsay-puppets of TPTB?

You don’t have to be a member of the disclosure cognoscenti or a star of the SF cyberpunk-steampunk intelligentsia—to smell a good juicy space opera mise-en-scène coming down. Or sense a perfectly abysmal new dystopian mis-en-abyme raising its ugly head… So much for scifaiku…

A time-traveling kid standing dazed in the mud—before a stark lonely wood podium in Gettysburg. A young whistleblower attorney—standing amazed there on the red sands of Mars.

UBIK past realities—dead counter-clockwise future worlds. A Man in the High Castle—flipping ancient I Ching coins. A pulp-fiction SF writer in Berkeley—Operation Dandelion coming to Fukushima…

Some speak of the Kipple Effect—even the Tellers of the Tale decay & fall apart. Scifaiku speaks thru them—they’re already nostalgic for the Future. Will beautiful blue Terra become—just another ugly Giedi Prime?

Posted by pugetopolis at 8:19 PM