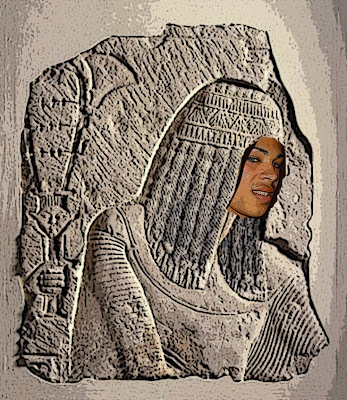 The Tower of Babel Moment

“If one couples the ancient stories
with modern genetics, this means
quite simply that the location and
time frame of those stories has
to be revised not much farther back
in time than the pure “textualist”
researchers in most cases have
advocated, but also that the location
for the stories – if one is taking them
in a more or less historical sense as
containing at least some kernel of
historical truth – must be relocated
to Africa.”—Joseph Farrell

The new Archaeogeneticists have been, in their own uniquely archaeologically-oblique way, confirming lately that yes, indeed, there was a “Tower of Babel Moment” in mankind’s history when something very important happened.

These achaeogeneticists have zeroed in on a specific period of history (60,000 – 70,000 years ago) when for unknown reasons the human race began migrating “from Africa—thus ending whatever primordial cultural unity that existed.” (Farrell)

This so-called “Tower of Babel Moment” left behind archeological traces of what would later develop into the Egyptian & other future cultures—the original “breakaway” civilizations that we base our ancient knowledge on.

It’s upon these “breakaway” civilization artifacts that we interpret in the end through a “textual” hermeneutics of hieroglyphs & cuneiform writings—that are secondary retellings of this “Tower of Babel Moment.”

These precursors to our usual “textual” hermeneutics that archeologists have been investigating recently point to certain locations in southern Egypt & Sudan (Abu Ballas Hill, Gilf Kebir & the caves of Uwainat) where visual cave & stone artifacts coming to our attention connect with the later “textual” evidence further north by the Nile, the Tigris–Euphrates and Indus River Civilizations.

These early “Tower of Babel” researches by Romuald Schild and Michal Kubusiewicz under the aegis of the Institute of Archaeology and Ethnology of the Polish Academy of Sciences point to a drought that forced the Nabta Playa to abandon their lands & head toward the Nile & the early Egyptian pharaonic states formed around 3300 BCE.
__________________________________

What was this ancient sub-Sahara society like? According to Schild and Kubusiewicz they were the pre-Tebu or Black race whose ancestors inhabited the Tibesti and Ennedi Mountains of northern Chad.

According to Robert Bauval and Thomas Brophy in Black Genesis: The Prehistoric Origins of Ancient Egypt (2011), it took time for the sub-Sahara drought to take effect (10,000 BCE to 3500 BCE).

But not before this prehistoric society developed animal domestication, basic agriculture, art, primitive sign writing, the knowledge of how to move large stones & construct complex megalithic structures, the knowledge of the simple principles of navigation, orientation & timekeeping with the sun & stars, etc. In other words, they acquired the practical and intellectual tools for building a civilization by the time they migrated into the Egyptian Nile Valley around 3500 BCE.
________________________________

Was the Tower of Babel—the paradigm shift of the Tibesti-Ennedi Civilization to the pharaonic Egyptian phase & further sophisticated fracturing beyond the Nile into the Tigris–Euphrates and Indus River Civilizations?

How advanced was the Tibesti-Ennedi Civilization, what evidence exists in the form of hieroglyphic inscriptions that the pharaohs had reached Uwainat in earliest time, these two cultures interacting & diffusing into each other?

On January 31, a new “Ministry of Antiquities” was created by the besieged dictator Hosni Mubarak & Zahi Hawass was made minister. On February 31, amid charges of rampant and pervasive corruption, Hosni Mubarak resigned after 23 years in power, the entire Mubarak government was dissolved and power transferred to a temporary military council, ostensibly to prepare for democratic elections.

Posted by pugetopolis at 5:40 PM