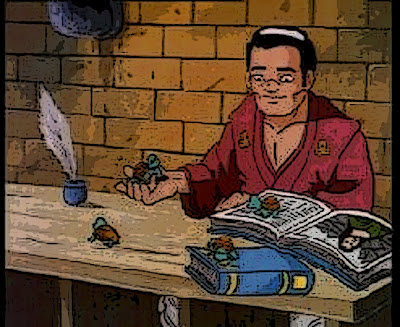 What can humans do? Not very much...

Does knowledge of hyperdimensional strangeness protect us from alien dystopian takeover? Nor really.

From UFO historians like Knight-Jadczyk of Cassiopaeans fame to James Casbolt & Barry King of Alien Boyhood Underground Revelations—more & more Reptilian secrets seem to be coming out of the closet & into the open. But are these confessions really alien secrets? Or are they more of terrestrial Terra origins?

What was this so-called nefarious Reptilian plan? What was our hidden Reptoid heritage? Was it extraterrestrial or perhaps we were the Reptoids becoming aware of our own proud prehistoric past? Did all this deception, secrecy and genocidal exo-abduction diplomacy & agreement strategies between Reptilians/Greys and the U.S. government point inevitably to some kind of knowing participation with a NWO international war crimes nazi-racketeering elite? With their stealthy exo-planetary takeover plans on the Mayan event-horizon?

Was this alien threat new or an old nefarious one? Had it already happened a long time ago? Did humanity’s conscious knowledge of this Reptilian threat and its active participation in creating a sustainable, peaceful new Reptoid alternate world really make any difference to us at the present time? Did this secret exo-conspiracy have something to do with the planet supposedly transiting from the Third Density to the Fourth Density as some Mayan Exo-theorists said?

Was this time-shifting quantum happening the next step to our species Exo-Evolution or its inevitable Exo-De-evolution? The end or beginning to some kind of secret Grey/Reptilian detente with the U.S. government and various corrupt human organizations and elites of the world for Reptoidal Exo-Dystopian alternate realities?

Were we humans being targeted by a predatory reptilian extraterrestrial species? For food? For hormones? For culinary delicacies? Or had it always been this way—Reptoid-Human Co-existence since The Garden of Eden & humanity’s first ancient dealings with the Serpent race?

Had we been genetically reverse-engineered offspring of some kind of eerie Exo-Extraterrestrial Beings—part hominid Planet of the Apes naked monkeys and part Reptilian Brained Serpent Creatures below the waist? Cultivated & evolved for—Jaded Extraterrestrial Sexual Pleasures from ancient pre-Fig Leaf Times to the Decadent Pornographic Now?

These paranoid, frightening thoughts invaded me all day & night here in Tokyo back then—during the first phases of the shocking Post-Fukushima Mutant Dayz when I spent all my time with K-Y my cute Reptoid Hustler Kid. Had I already not been conquered & subjugated by K-Y's reptilian loins & boa constrictor endowments? Had I not aleady succumbed into being a helpless snake-worshipping Maria Montez Cobra Island Size Queen?

Every night I’d have this same primitive Nightmare about Japanese Mutant Godzilla Sex and unimaginable Gorgo Monster De-Evolutionary sexual-morphings of my kept-boy K-Y as I helplessly slid down the slippery slope of what in my Tokyo apartment? An indecent Jurassic Jungle Love Exo-Depravity? An Exo-Lust Marlene Dietrich Voodoo Love Licentiousness?
____________________________________


I couldn’t help myself—the Kid was both my downfall from the Garden of Eden and my existential Exit to the much desired Land of Sodom & Miss Gomorrah. K-Y was the modern version of the Serpent in the Garden of Eden, with me as naive dumb Adam & curious insatiable Eve all wrapped up as one, famishly nibbling on the kid's Forbidden Fukushima-tainted, radioactive-deadly, mutant Fruit. A rotten Apple full of spermy worms?

My cute snaky hustler & moody Japanese kept boy—so sullen & pouty, so shamelessly skanky, so anaconda-thick & python-esque? He’d hiss when he'd lose it—he’d coil his legs around my neck & strangle me to death. It was simply awful…awfully nice. He was so Night of the Iguana "El Primitivo"—and "The Day the Earth Stood Still" Penisly Piquant. He pulled me straight down to his level of Reptilian Hell—devolving me involuntarily back in time with each famished, snotty slurp.


As far as the Reptoid Races were concerned—the dirty Naked Ape Earthboy experiment had succeeded. Their own Exo-paleoarchaeological genetic subtech reverse engineering had done its perfect trick. They'd created a new Yakuza youth race that was half-human & half-serpentine.


With K-Y it was embarrassingly, shamelessly, sexually apparent. De-evolutionary drives & planned sexual population control was being phased into the Zoid Zeitgeist perfectly. It was sullen & shocking, as well as seductive & enchanting...the way I was seduced into my own Doom...


It was time to Devolve the Naked Apes back to the Primal Jurassic Period again—when Reptoid Consciousness ruled the Jungle Planet like it should be managed today. Enough was enough—the BP Gulf of Mexico & TEMPCO Fukushima tragedies were obvious calls for a more realistic, genetically engineered Reptoid Management Plan to clean the befouled Joint up.

Obviously, I was just a minor cog—in the shifting gears of the Reptoid Anti-Industrial Anti-Humanoid Revolution. K-Y was the new species retro-engineered by TPTB—for a better, cleaner Terra Breakaway Civilization. I was the humble slave vanguard of this new Reptoid Elite—each time I made love to K-Y was another step toward the ultimate De-Evolution of the Monkey Species toward extinction.

The Reptoid Intelligentsia & Crocodile Cognoscenti—they weren’t dummies. They picked me to spread the word—and write about this new yet old Exo-Takeover. After all, I was just a minor manga graphic novelist and whacko scifaiku poet. A useless homoerotic bottom-feeder—preparing the way for the invasion of the new fierce extraterrestrial man-eating Reptoid Sharks to come…