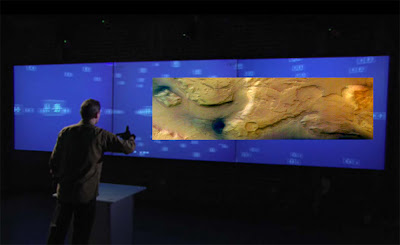 “the ALTA report states “The past
forecast for this person who would
make a [planetary impact] of such
magnitude that [a second wave] of
other [whistle-blowers] of all kinds
would be drawn into the public view
includes descriptors and archetypes
that are currently being fulfilled by
reports about Andrew’s paper.”
—Alfred Lambremont Webre,
Seattle Exopolitics Examiner

General Corso sat there in his office—smoking his cigar a long time after the DARPA liaison had left in a hurry.

Corso smiled to himself. They didn’t take very long, he said to himself. Does DARPA know? Does the Breakaway Mob know? There was only one way to find out—maybe Carré would know? Well, it takes a spy to catch a spy—if, in fact, the kid’s a spy.

Corso doubted it. He already had some DARPA exiles & Pegasus runaways in the bunker downstairs. Andrew Basiago had been a minor young trainee in the DARPA Teleportation Program known as Pegasus.

Andrew Basagio was the boy time traveller back then at Gettysburg in 1863—but he was a free young man again under his protection here at USAF Headquarters. The officer gentleman in the hologram update was a future general. A future colleague of his. In fact, the Union officer was himself, Andrew's companion who went back into time with him... to see for himself what it was like.

Young Andrew Basagio was more than just a boy time traveller though, back then in Gettysburg in 1863. He was also a futurist Exopolitical attorney from the early Twenty-First Century. The "Gettysburg Effect" was the brainchild of two West Coast attorneys, Futurist Andrew Basagio & Alfred Lambremont Webre, the future author of the classic Exopolitics text & investigative journalist of the forthcoming Seattle Exopolitics Examiner.

The idea was to introduce writers & journalists to time travel to enrich their experience & give them a feel for the American zeitgeist realpolitik as it really was—not the way the Breakaway Civilization media & historicizing process wanted it to be. Rewriting the dismal dystopian "1984" history script of the Breakaways—with its major dumbing-down of the Terra intelligentsia, had become a growing concern of the Indigo-precog community of the Future Planet Earth. How to breakaway from the alien nazi Breakaway Civilization?

This Breakaway Civilization had broken-away a long time ago—during previous wars, cataclysms & hundreds of yuga cycles worthy of a Wagnerian SF space opera. It was an old story... old as Time itself.

TPTB & Illuminated Ones wanted naturally to continue their isolated existence on this beautiful blue Prison Planet—depopulating the slaves now & then for sanitary purposes. Like the insidious BP Gulf of Mexico nightmare and the antihuman Fukushima depopulation HAARP program.

Take your usual Van Vogt, Heinlein, Clarke, Philip K. Dick, cyberpunk, steampunk or scifaiku lit genre—then historicize it, weaponize it, redesign it, deploy it as a SF 4-D hologram-crystal reality. And what do you have?


Well, let’s be realistic, Corso thought to himself. We end up with more than just a soap opera—it's more like a grand space opera. No wonder the Prison Planet had been quarantined by the Greater Galactic Councils…Corso said to himself again.

The Gettysburg Project was part of Webre-Basagio’s Counter-Breakaway Civilization program. To be successful it had to somehow offset the Breakaways & offer an alt.history paradigm shift away from the usual classified, defense-related research and development black-ops weaponizing approach launched by the US Defense Advanced Research Projects Agency (DARPA) in the late 1960’s.
_______________________________

According to confidential conferences with Mr. Basiago, the US government would already have a fully operational Nicola Tesla’s teleportation capability in 1967-68, and by 1969-70, would be actively training a cadre of gifted and talented American schoolchildren, including himself, to become America’s first generation of “chrononauts” or time-space explorers.

Basiago’s training, he said, culminated in 1981, when, as a 19-year-old, he teleported to Mars, first by himself after being prepared for the trip by CIA officer Courtney M. Hunt, and then a second time in the company of Hunt. Both trips, Mr. Basiago said, were made via a “jump room” located at a CIA facility in El Segundo, CA.

The apparent purpose of these trips to Mars was to familiarize him with Mars because the CIA knew of his destiny pertaining to publicly establishing the fact that Mars is an inhabited planet and deemed it important that he visit Mars and experience its conditions first-hand. Mars was a backup colony in case of Terran Gotterdamerung. Also no treaty had been negotiated that would protect the Martians & their planet, once DARPA got their hands on Mars & the underground Egypto-pyramid secrets. Mining & natural resource mining had already begun. Helium 3? Exo-archeolgoical assets?

Mr. Basiago’s involvement in advanced US time-space research as a boy, as well as Courtney M. Hunt’s identity as a career CIA officer, had been confirmed by Dr. Jean Maria Arrigo, an ethicist who worked closely with US military and intelligence agencies, and by US Army Captain Ernest Garcia, whose storied career in US intelligence included both serving as a guard on the Dead Sea Scroll expeditions of Israeli archaeologist Yigal Yadin and as the Army security attaché to Project Pegasus. Garcia knew everything...

What DARPA didn’t anticipate was that Basiago wasn’t your normal impressionable, brainwashed adolescent who could be molded into a valuable, pliable CIA asset. He refused to get sucked into the Naval Academy Annapolis-trip & be trained to follow military orders. DARPA already knew the kid had a mind of his own & that he resented the heavy-handed, painful negative reinforcement behavior training that most of the Pegasus children were forced to endure. There were the expendable South American earlier young victims as well... It wasn't pretty.

It was this sense of revolt & righteous indignation that made him a writer & activist attorney—and it was this rebel inside him that DARPA tried to crush & mold for their own purposes.

The cultivation & use of 3rd generation CIA asset-trained young men who would be future presidents as well as possible heavy gangster-types for black-ops assignments was something else not below the DARPA intelligentsia. Those Watergate-like disclosures of the Nixon Era were nothing compared with the actions of the Breakaway Civilization modus operandi—later coming out during Basiago & Webre's lawsuits involving Rove, Cheney, Rumsfeld, DARPA, etc.
____________________________________

However, once the counter Pegasus timeline had been set in motion by the parallel Gettysburg Project training program & subsequent whistleblower testimony began going viral on the Blogosphere, in the Beltway & off-world, something very strange happened. The Mayan 2012 shift, the Galactic Black Hole Center allignment, the Super Nova & even Pole shift would still happen—but there was something else in the wings too………..

Posted by pugetopolis at 3:40 AM