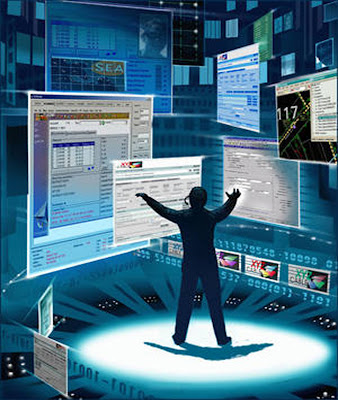 "I'm sure you all understand
the legalistic drawback to
Pre-Crime methodology."
—Philip K. Dick, Minority Report

“‘Busy, busy, busy,' is what
we Bokononists whisper—
whenever we think of how
complicated & unpredictable
the machinery of life really is."
—Kurt Vonnegut, Cat's Cradle

“Earth has suffered for eons
as an exopolitical outcast
among the community of
Universe civilizations.”
—Alfred Lambremont Webre,
EXOPOLITICS
________________________

The small storage media used throughout the case were clear plastic versions of Iomega's PocketZip disks.

The "PreCogs" are anonymous but in the depositions are all named after famous mystery writers: Dashiell Hammett, Arthur Conan Doyle, and Agatha Christie.

The tiny in-ear cellphones used throughout discovery (most noticeably with Pre-Crime Director “Lamar Burgess” (Max von Sydow) in the case’s final dimensional depositions are actually Bang and Olufsen earphones without the connection cables.
_____________________________

“According to an impenetrable special notice from the D.S.O. of the D.A.R.P.A. of the D.O.D. (that’s the Defense Sciences Office of the Defense Advanced Research Projects Agency of the U.S. Department of Defense), the government wants to turn literary criticism into an exact science. D.A.R.P.A. invited interested literary theorists, anthropologists, sociologists, psychologists, political scientists, and related “ists” to the Boar’s Head Inn in Charlottesville, Virginia, last month to answer a question frequently posed to junior-high-school students: “What is a story?”—The New Yorker

Posted by pugetopolis at 1:55 PM