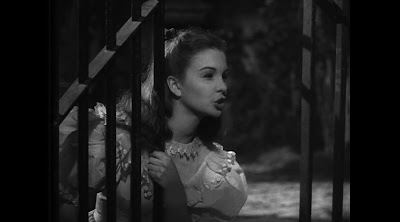 Looking back on it now, my admiration of Estella had known no bounds—even after she revealed herself to me as who she really was. And who she really wasn’t. I was still infatuated with her years later—did I love her?

Scarcely a night went by back then without my falling asleep in bed playing with myself—imagining her pretty face before my eyes. It was easy for me to relent to the charms of Estella’s seductive ways. Too easy—I always felt embarrassinly hard.

And so we kept up our secret rendezvous soirees—beneath the creepy, creaky staircase. Estella wouldn’t let me touch her—and I didn’t dare disobey her. I let her have her way with me—because I’d never met anybody with such a forceful personality.
.
Yes, she broke my heart—but I simply got used to it. In fact, I got to like it very much—like when she insisted on spanking me. Spanking led to switches—and switches led to horse whips. And horse whips led to hot wax—and hot wax led to handcuffs.

It always resulted in an awful mess—and I got so embarrassed each time when Estella got down on her hands and knees—and licked up the awful sticky runny remains. With her pouty lips—and her wicked, devilish little tongue. I felt so ashamed as she slurped it all up like a greedy little kitten—not gross or louche like some swinish glutton. But rather curiously and even politely—like some sophisticated frugal gourmet.

I blushed and tried to look away—but secretly I loved every ravishing moment of it. To think that such a lovely “girl” as Estella—could possibly be enamored with the crude likes of me. She dished me—she denigrated me. She sneered at me—she said she hated me. I felt so denigrated—I almost cried.

Surely I was worse than the lowliest slimy slug out in the abandoned garden—and I couldn’t imagine what pleased her/him so much about the dirtiest thing in the world that was surely me. It filled me with incredible shame—to be tied up nude on the old sofa beneath the stairs. And it felt even worse—when I thought about it later in church. And yet the more ashamed I got—the more Estella seemed to get off on it?

Miss Havisham may have wanted Estella to break my heart—and she did that quite nicely whenever she looked at me meanly or aloofly. But Estella seemed to want more than that—she wanted more than just Miss Havisham’s long smoldering, moldering desire for revenge against the wretched male species.

What was the reason for Estella’s strange kinky disposition—posing as a beautiful young girl on the outside?. While she gave the impresson to me of actually being a young woman held captive deep inside the body of a boy? Her exquisitely coy touchy transvestism seemed to fade in & out—depending on how transparent and translucent her moods would get. Her bisexual personality always seemed—so ambiguous and strange to me. In an attractive, appealing way...

But since I was truly a virgin either with a man or a woman—it really didn’t truly make any difference really whether Estella was a Stella or a Steve. She had me seduced and entrapped—and there was no way out.
.
Again & again—I’d simply close my eyes and pretend her pretty lips were divine even though they could be devishly mean and vain. Were angels really bisexual beings with wings? Weren’t they polymorphously perverse in all the ways of men and women—petty and pouty like Estella who could pretend and be both sexes all the way?

Which Estella most certainly seemed to be—lovely and angelic one moment and devilishly divine the next. The more pouty her lips got the more I was attracted to her—like when she insisted that I become more aggressive with her and more manly with my growing manly Thing.

“Here,” she said, taking my rough, course hands—and placing them on her pretty head.

Estella had me pull her ears and yank her hair—stick my fingers down inside her earlobes and wiggle them around deep inside her. She had me caress her long hair—and then pull it back behind her head hard. Twisting her neck down around the edge of the sofa—strangling her just like she strangled my you know what. She liked to strangle it—she liked to pull back my uncut head and gnaw on it like a badboy doggy bone...

But most of the time Estella acted simply untouchable—she didn’t liked being touched or fondled too intimately. She could be as cold and ruthless—as a mean little mongoose going after a big slinky King Cobra. And that’s one thing I did possess—it’s what seemed to turn her on more than anything.

How could a young girl so dainty and petite—want anything so awkward, over-sized and gross? I could tell by the look on her face—that she wanted it more than anything else. Whatever sprang from my Family Tree—it's what she truly desired to be, to possess, to stroke and to manhandle. She told me that I didn't deserve to have—more than twice what most men had. After all I was just a boy not a man. It made me blush and embarrassed—when she ogled that way at me. It made me faint and feel weak in the knees when she did me.

It was rather scary and creepy at first—the look of a desperate young headhunting Nubian princess on her petite savage young face. Who knows what she was capable of doing—once she got in the mood to get what she wanted. To stroke, suck and strangle me. To get her lips on that most intimate fleshy male treasure of mine that I let her have. It brought out the best and worst of her. Her carnivorously sharp teeth—her pale white fangs. She was a starved man-eater in heat. I was afraid of her and yet I let her have anything she wanted.

Later in London living with Herbert Pocket—the same sort of thing happened. Going to the various gay taverns—and numerous opium dens down by the docks. It was during my shocking metamorphosis from country bumpkin to cosmopolitan fop—that I soon realized the benefits of being an available well-endowed young man. It wasn’t only Estella who was a size queen I soon found out—but also a large proportion of open-minded humanity was attracted to guys like me too.

I shan’t go into all the embarrassing details—but suddenly Herbert Pocket’s dumpy little apartment was simply flooded with overnight guests and curious, inquisitive newcomers. All of them hearing through the size queen grapevine—that a young naïve country bumpkin had just arrived fresh as a daisy from the sticks and was hung like a lithe naive race horse.

The gifts, the money, the new clothes, the unexpectedly fawning attentions from both men and women—began flowing in like an overripe cornucopia spilling out its comely pleasures into my humble bulging lap. We got a better apartment near Hyde Park—and soon the new lifestyle of a being a well kept man had spoiled me rotten all the way past my bellybutton down into my sinful rotten core. Herbert just smiled and nodded—counting the money and making sure that we could pay the bills and that I got paid well for every pretty inch.

I couldn’t help it Mr. Pocket told them—I was simply a born bon vivant bad boy just waiting to happen. Estella had sensed it—yet she never complemented me or explained anything to me about why or this or that. Nobody told me anything but they nevertheless seemed to want me for something or other.

Herbert simply smiled and shook his head—saying Estella was just jealous and wanted to keep me to herself as long as she could. There were plenty of Estella’s out there—in London and this big old world, Herbert told me. And now was the time—to let the rest of the world know what a nice little goldmine was between my adolescent thighs.

Miss Havisham surely knew—that more than just my broken heart was involved. How was that old dying blue-rinse wrinkly grand dame queen to know—what drove Estella toward more than just breaking my heart? At first I thought Miss Havisham sponsored my move to London—but later I found out it was somebody else. Somebody that would come knocking at my door sooner or later but I had no idea of who it was.
.
It was a different life in London—I had all the gay expectations that any young gentleman could have. Perhaps Miss Havisham wanted it that way—knowing my heart could be broken a million more times better there in London rather than Estella could ever do. Yes, Miss Havisham was quite the Queen Bee of my early boyhood years—taking me under her wing to be the Pip I’d grow up to be.
Posted by pugetopolis at 1:02 AM