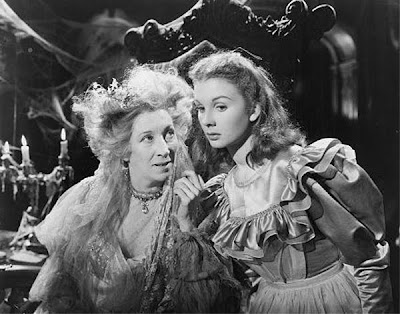 “So I called myself Pip—
and came to be called Pip.”
—Charles Dickens, Great Expectations

It was a dark and stormy night—and we were playing cards to entertain Miss Havisham.

“I sometimes have sick fancies,” she said, “and I have a sick fancy that I want to see you and Estella play some cards. C’mon now, play, play, play!”

At first I hesitated, since Estella was such a bitch. She was insolent and haughty—she hated my guts.

“Are you being sullen and obstinate?” Miss Havisham said. She wasn’t much different than Estella—both of them snotty and so superior acting.

“No ma’am, I’m very sorry.” I said. Looking around the gloomy shuttered room with its windows all covered with dusty curtains.

Miss Havisham looked like a corpse—with her sunken eyes and pale skin. She reminded me of some ghastly waxwork from the fair—as if she’d been dug out of a vault under the church pavement. And propped up in a chair—to sneer and smirk at me. Except her eyes moved—and her lips. And then her wicked tongue—began to move too.

Somehow or for some reason—I found myself every weekend knocking on the side door to Miss Havisham’s huge mansion—slithering through some passages that were pitch-black, with Estella in front of me with a single candle leading the way, up we’d go climbing a huge winding staircase and then we’d knock and enter the inner sanctum of the brittle old Queen Bee.

No glimpse of sunlight had disturbed Miss Havisham’s dressing-room for how many years? Decades? Centuries? Who knows—who cares? Apparently she’d been moldering and mourning since her tragic wedding night—when her bridegroom had chickened out and didn’t show up.

“Better stood-up—than a widow,” Miss Havisham had once quipped bitterly.

In the meantime the wedding cake in the huge dining room was slowly rotting away—nibbled on by generations of tiny little mice. The silverware was still placed neatly—next to all the expensive china. And the whole mansion became moody and shrouded—in gloom and doom for decadent decades and decades.

Prominent in the curtained seclusion and draped melancholy of Miss Havisham’s joyless bedroom crypt—there was an elegant, gilded looking-glass and a fine lady’s dressing-table. It was there that Estella and I played cards—next to the fireplace.

Old Lady Havisham sat or rather slouched nearby in an armchair—smoking a joint. With her head leaning on her shriveled hand—as she gazed forlornly at us. Estelle was a wealthy young niece—who’d taken care of the creaky old grand dame. Jewels, money and the inherited estate—were going to inevitably slowly ooze over in Estelle’s direction soon. Miss Havisham had one foot on a banana peal—and the other on a tube of K-Y. She was so fragile and light—that only a few squiggling squirts dribbled outta the tube.

The Old Bag was obviously rich—dressed in satins and lace and silks all black. Her slippers were black and she had a long black veil dependent from her mousy blue rinse coiffure, and she had a few wilted bridal flowers still stuck in her hair. Necklaces of bright jewels drooped from her skinny neck—bejeweled rings clung to her scrawny fingers. Dresses in trunks were lying about—strewn in some last minute haste for a gone honeymoon but now simply gathering dust. She had but one shoe on—the other was propped on fireplace mantel.

It was as if time had stopped—and it had. At least the giant silent Grandfather clock staring out into the Void—as well as her dainty little watch with the tiny hands pointing to Oblivion. Both stopped at twenty minutes to nine—probably the time of the wedding when she’d been so rudely stood up. How unforgivable and embarrassing—how humiliating and utterly crushing to one’s hopes and dreams.

Lace and trinkets, some dried-up flowers, a prayer-book—all confusedly piled up around the gilded mirror with the clocks and watches stuck in time. In and out of the looking-glass mirror—how many years had come and gone desperately, then cavalierly, then without any emotion at all?

“Look at me,” said Miss Havisham. “You’re not afraid of a woman who’s never seen the sun since you were born?”

“No,” I said, but I was lying. Miss Havisham petrified me—as only a living ghost can do.

It was an excruciating ritual every Saturday afternoon—to spend my time during that long extended matinee of death. I felt terribly self-conscious—yet I kept coming back anyway. Estella hated me but she gave good head—something we’d do beneath the staircase on a nice puffy red-velvet divan in the dark.

Estella hated me—but she loved to get me off. Each time she hated me even more—because I think she’d rather have been a boy. I suppose you could call it “penis envy”—although it wasn’t until I was sent to London that I became familiar with such a thing. Penis envy was a malady that both sexes suffered from—it was very prevalent in London especially in the parks at night.

Miss Havisham knew what we were doing, of course—in fact, she’d probably directed Estella to go ahead and “do” me each and every time I came over. The more Estella got me off—the more pleased Miss Havisham seemed to be. Miss Havisham hated me too—she’d hated men ever since her faux-pas wedding night.

It wasn’t that Miss Havisham hated sex in general or me in particular—it was more like she wanted Estella to break my heart like her heart had been broken. And that way she could perhaps achieve some sort of twisted kind of vicarious satisfaction—seeing me crumble, beg and cry when that day came. That day when Estella would tell me to fuck off. And that she wasn’t going to do it anymore—she wasn’t going to make love to me ever again.

How many times had I gone through that “Pity Party” over and over again with poor Miss Havisham—with her playing the broken wing game and lamenting her cruel fate. Each time her sob story—got worse.

“Do you know what I touch here?” she’d say, laying her hands, one upon the other, on her left side.

She’d utter the word “Broken” with an eager look—with an almost obscenely strong emphasis. As if she were anticipating something—which I gradually understood was meant to be my own broken-hearted doom.

She’d smile at me—with this weird smile that had a kind of boast to it. And then, afterwards, keeping her hands there for a long while—she’d slowly take them away as if her heart had stopped like all the clocks and watches. Dead still—with no more ticking, ticking, ticking. She was a sneaky old bitch—she had plans for me.

Then she’d act as if she were tired of herself and she’d say, “Enough of that. I want diversion—I’m sick of weak men and broken-hearted women. Play, Pip, play…”

And so Estella and I would play cards long into the fading afternoon—with her playing footsy with me under the elegant gilded table. The more I came over to play cards and commiserate with Miss Havisham—the more I couldn’t wait to see Estella. I became infatuated with her—I’d dream about her. How many wetdreams and marvelous nocturnal emissions paralyzed me in the middle of the night—clinging to my rough pallet down in the basement next to the forge. Crying out—“Estella!?! Ugh!! Oh Estella!?! Take it!!!!!!!”

And the more I came—the more I wanted to chase Estella up the staircase and down the staircase, through the dark halls and passageways, bawling out her name “Estella! Estella! Let me fuck you, let me fuck you, you fucking angelic snotty little slut!!! To hell with the blowjobs—let me do what men like to do!!! Gimme some of your nice juicy mincemeat hair-pie sweetheart!!!—and to hell with the old lady upstairs. You’re the one I want—c’mon I need you now!!!”

Finally one afternoon before cards, I caught Estella and pinned her against the dining room table—the one with the rotting wedding cake. The mice squeaked and fled in retreat. I wouldn’t let her go—I whimpered like a dog—I drooled like a harelip gimp for an ice cream cone. I was gonna get her—good.

“Come now, Pip,” she said, holding me back. “You’re just a boy. A common laboring-boy. An apprentice to a blacksmith—I could never fall in love with the likes of you.”

The look of distain on her face and her cruel uppity ways—made me even more incensed. What I couldn’t have—I’d take. And what I couldn’t take—I’d steal.

“And what you couldn’t steal?” Estella said, sneering back at me with her mocking superiority.

“What you couldn’t steel—you’d probably strangle to death wouldn’t you? You’re so stupid, Pip—like some stupid guttersnipe strangling a prostitute in the dark of night in a back alley outside some putrid tavern. Simply because she wouldn’t let you have—what you so swinishly wanted…”

Which made me even more incensed with rage and lust—and then suddenly something happened. Something that I never expected—something that surely could never be!!! It was then I realized the awful shocking truth. Estella and Miss Havisham had succeeded after all. I couldn’t believe it!!!

I took my trembling hands—away from Estella’s beautiful fine silky-smooth throat. They slid down past her arms and naked shoulders—down past her dress ripped away and hanging from her waist.

Instead of the lovely breasts I’d always wanted to get my hands on—there weren’t any. Instead of a pair of lovely feminine tits—there were two boyish erect nipples staring out at me from Estella’s boyish chest. Estella wasn’t Estella at all—Estella was really a young man!!! I’d been cruelly had all the way—my poor heart was surely broken from that day on.

My hands fell down heavily and forlornly—to the sides of my weak, shaking legs. There I was standing foolishly nude in a strange ghostly mansion—on the verge of raping a girl only slightly older than me.

But now how horrible!!! I’d been duped—I could feel my vexed heart already breaking apart. The valves slowly popping—the ventricles sadly oozing out my life-force. Estella had succeeded—she’d made a fool out of me. I’d been had—and Estella knew it. And I knew it. And Miss Havisham soon found out…

“Well? Did you break his heart?” I heard Miss Havisham whisper afterwards.