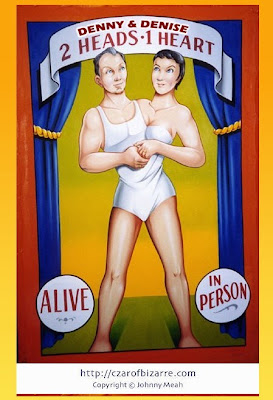 “Look at your reflection in the mirror.
You're a creature of the night Michael,
just like out of a comic book! You're a
vampire Michael! My own brother, a
goddamn, shit-sucking vampire. You
wait 'till mom finds out, buddy!”
—Corey Haim

It happens rather suddenly and unexpectedly—during the filming of The Lost Boys (1987). You know—during the bathtub scene. When his older brother Jason Patric playing “Michael”—starts feeling the vampire urges. Nothing like having your older brother—as a thirsty bloodsucking famished vampire lover… hot for your body.

Michael comes creeping up the dark stairs—hearing his kid brother singing in the bathtub. The house is dark and lonely—only him and his kid brother are at home. This is soon after Jason has turned Vampire—down there in the evil ocean grotto. Drinking the evil magic potion and getting stoned—turning himself into one of the local shit-sucking Undead.

After coming to the horrible conclusion—Michael hanging down from the rumbling railroad trestle. The train roaring by overhead—him trying to hang on for dear life and struggling not to fall down into the darkness. Until finally he gives up and lets go—becoming one of them. The local Lost Boys—the local beachfront rabid California blood-suckers.

Corey is in the bathtub taking a nice warm bubble-bath that fateful Friday night—playing like a kid with his little rubber ducky. So innocent and human . . . not expecting what was going to happen to him. That night . . . in the bathtub.

Michael comes home and hears his kid brother singing away upstairs in the bathtub—Michael crawls slowly up the staircase. Turning the doorknob slowly—opening the bathroom door to get some… That’s when it happens the first time—Corey is so cute, succulent and chicken.

Michael his vampire older brother—goes for the kid’s pale white throat. What a nice big throbbing Adam's apple. The first suck is always the best suck—the German Shepherd goes skulking down the stairs.

Brotherly love can be so exquisitely touching—especially when your older brother is a vampire. A starved, famished vampire—queer for your nice young bod. Michael drains Corey dry—dry to the wish bone. The bathtub water turns pink—Corey faints from loss of blood.

Forgotten like Bela Lugosi—their successful vampire days gone by. Dead, destitute and broke—dying in the dumpy Oakwood Apartments. Hollywood can be such a cruel Transylvanian Taskmistress—just ask Bela Lugosi or Ed Wood Jr. Tainted love. And Bad Seed . . . Stay away from vampire movies . . .
.