Zombies of the Stratosphere 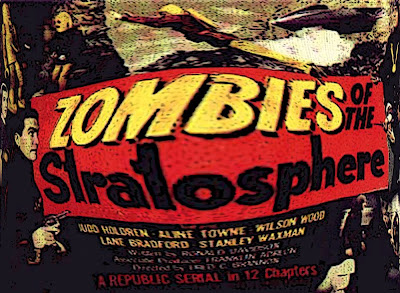 Zombies of the Stratosphere

I was having a nice little porno-dream—with Johnny Rotten and the Sex Pistols. When all of a sudden—I heard this awful CRASH!!! 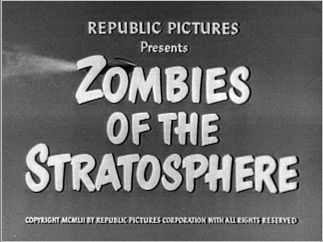 My #334 apartment door swung open—and in came two of the most Rough Trade Ruffians in all of Planet Hollywood!!! Roy Barcroft and Lane Bradford!!! 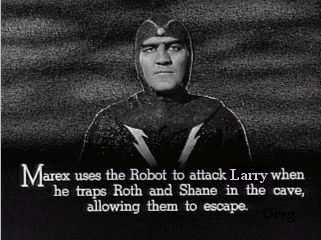 I let out a Little Richard falsetto shriek!!!

It’s the Purple Monster!!! And Marex from Mars!!!

Oh honey!!! They were my two most favorite Saturday matinee serial Villains—from The Purple Monster Strikes and Zombies of the Stratosphere!!!

It was an El Primo LA Wetdream come true—how lucky can a girl get??? I was totally blown away!!!

They yanked me outta bed—threw me up against the wall. Naturally I got a Boner right away—Rough Trade always gets me over-excited!!! 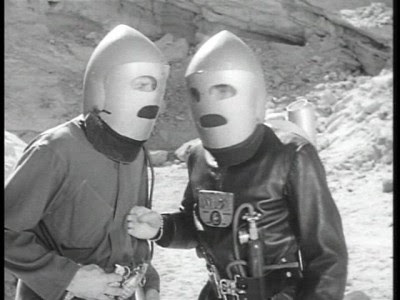 Bad Guy Barcroft sneered at me—he sure did have my number!!! He was truly the ultimate sci-fi noir Emissary of Evil!!! He was my most cherished Outer Space Invader—a true hardcore Gangster from beyond the Rings of Saturn!!!

How many orgasms did I have up there in the skanky Bijou balcony—during those raunchy boyhood Saturday matinees? With all my bad boyz boyfriends back then—during Radar Men of the Moon!?! 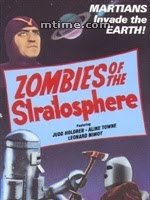 How many times did I lose it—when The Purple Monster did me in really good down there in the dirty basement bathroom? Talk about decadent déjà vu Thrills—talk about skanky seminal flashbacks!!!

Whatever Roy Barcroft and Lane Bradford wanted—I was only to willing to give them!!! Beat me, burn me, fuck me to death!!! If this was a Dream—I didn’t wanna wake up!!! Play it again, Sam—play it for me!!! 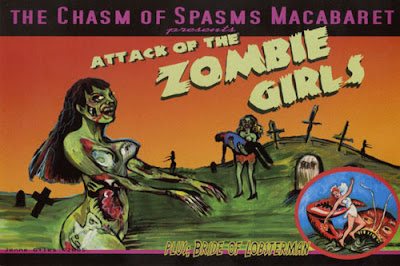 Barcroft and Bradford were so big, bad and brawny—their smirks dripped with syrupy suspense and male mystery. They had me where they wanted me—up against the wall just a helpless nelly cliff-hanger.

I felt dem Forbidden Planet chills and thrills creeping up and down my spine—you know what I mean? I was ready for some really serious—“Monsters of the Id” sadomasochistic slam-bam-thank-you-mama B-movie neo-noir action!!! 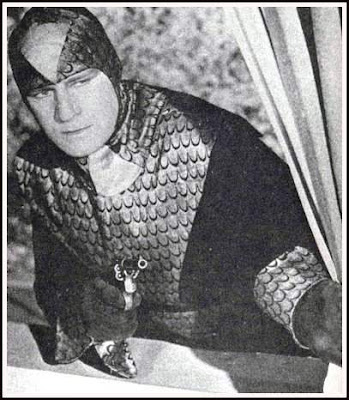 The more they “hammed it up”—the more I wanted them. Especially handsome butch Roy Barcroft—so steely-eyed and cowboy professional. He ripped my pajamas off—and I almost fainted.

Barcroft with his bold swagger—leaning down into my face and saying with that nasal, insinuating voice of his plus all that scary arrogance of Emperor Retik, the Supreme Ruler of the Moon:

“So Jommy Yuck—you little piece of quivering no-good dog-shit!!! You trashed Sergeant Snide yesterday didn’t you? Shame on you—you little wise-ass Earthboy. You made fun of Snide—right there in his own Space Marine Winnebago Spaceship Headquarters!!! For that—you must surely die!!!” 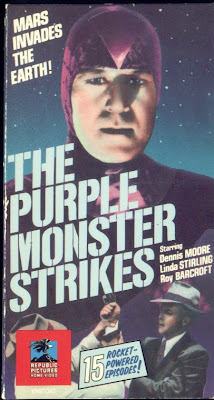 Barcroft bitch-slapped me a couple of times—first with the back o his hand one way—and then a whack of his hand the other way. It infuriated him—that it turned me on. I couldn’t help it—he was my one and only benevolent Bijou Badguy. The ultimate gushing Godhead—of Fifties Old-Fashioned Villainy and juicy Machismo…

And then it happened again—I just couldn’t help myself. I had another embarrassing orgasm—right then and there. Accidentally I squirted a risqué runny Lob—right into the Purple Monster’s glaring Eyeball. It blinded him, distracted him—which probably saved my Life.

Disgusted with my shameless perverted Earthboy Ejaculation—Barcroft turned me over to insidious Lane Bradford the Evil Martian in Zombies of the Stratosphere. He got me good with all the craftiness worthy of a demented Chandu the Magician. His bad breath stunk like the deadly disintegrating gas of the Poisonous Orchids from The Phantom Creeps!!! I fainted, of course—swooning like a Chinese virgin damsel in distress. 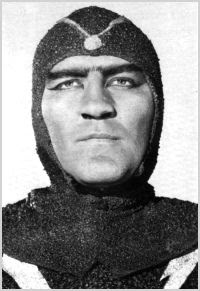 Thank goodness Captain Video—didn’t come to my rescue!!! The Flames of Atoma searing my loins—as I got blasted by the Atomic Eye. The Vengeance of Vultura descended on me—I felt the Menace of Martian Mystery Meat shooting up my tight little ass. It was simply Heaven—I felt like Sheena the Queen of the Congo!!!

Not even the Radar Men from the Moon—could save me. Moon Rocket, Molten Terra, Murder Cars, Trains of Death, Enemy Planets, Mass Executions, Planned Parenthood or even Thai Take Out couldn’t save me from those exquisite Lunar Forbidden Pleasures!!!

Bodyguards of Steel—they became my Zombie Lovers from the Stratosphere!!! They were my insolent Zombie Vanguard of my Chicken Youth—I was their sullen Contraband Cargo. I was their shocking Homage to Homotopia—Roy Barcroft my smooth, slick, stealthy Human Torpedo. It was truly Man vs. Monster—them versus my unearthly monstrous lips and shameless monstrous greedy tongue. I couldn’t help myself—once I got going. 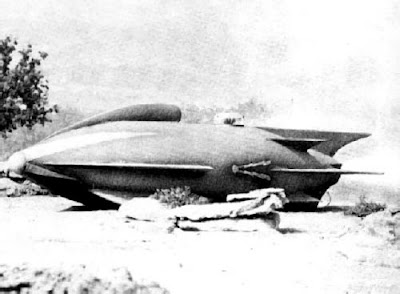 These two hunky Vandals from the Void—both Roy Barcroft and Lane Bradford. They eventually left me sprawled and begging for more—down there on the dirty linoleum floor. They’d got even for me dishing fat ugly Sergeant Snide—the tacky skanky Space Marine recruiter.

My head was spinning—my tight asshole hurt. I may have looked simply awful—on the outside. But deep down inside me—the Bad Seed felt awfully nice!!!

Radar Men from the Moon

Posted by pugetopolis at 5:19 AM