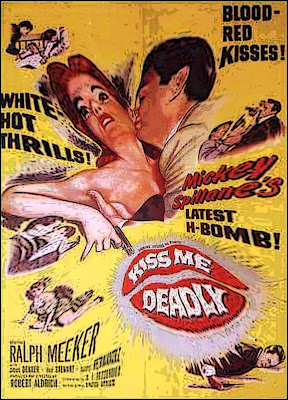 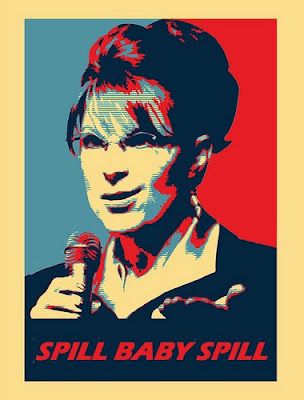 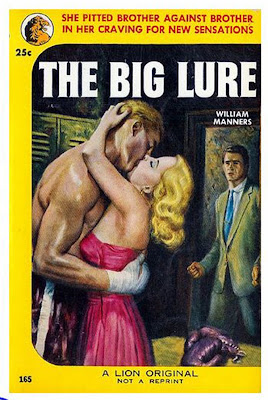 The Big Lure
By William Manners

“I realized that I could do
it as a story and take the
dramatic events of the
problems of trust, betrayal,
inauthenticity, and a view
of just how dismal the world
really is, and I could make
a hilarious story of it.”
—Thomas Disch, “Disching It
Out: An Interview with
Thomas Disch,” Joseph
Francavilla, Science Fiction
Studies #29, Volume 10,
Part 1, March 1983

The lure was big—the bait was bad.

She had the hots—for both brothers. She married the older one—the one with money. The one with his own company—and plenty of dough in the bank. She wanted security—so she married it.

But she wanted more. She wanted the younger brother—the young savage boxer. She wanted him bad—because he was bad too.

They’d go to the fights. Her husband didn’t know. He thought she just liked boxing on Saturday night. But it was more than that. She wanted love.

The big lure was simple—the younger brother was hot. He was really hot—after a fight. All sweaty and pumped up. Tense and nervous—he could be had.

That’s when she showed up in the locker-room. Locking the door—behind her. She couldn’t wait—to get her lips on his sweaty muscular boxer’s body.

The lure was big—she was bad. He was twice as big as his older brother—a kinky twist in the family tree. She knew it—she wanted it. She got it—every Saturday night.

The lure was easy—he could be had. He never said no—he let her do him. She got turned on by all the violence in the ring—the way he massacred all the other boxers. It was easy—to get him hard. Hard to ignore—hard to forget.

That’s the way pulp romance is—the way it was back in the Fifties. She was desperate for it—sex was all over the place. The drugstores, the bus-stops, the lonely train stations—the paperback racks were full of it. The lure was cheap—so was she. So were the sailors and soldiers—lonely with nothing to do.

The lure was hard to ignore—her husband wasn’t clueless though. He’d been there—done that himself. Back when they were younger—falling head over heels for it. How could his younger brother—be more endowed than him. Talk about penis envy—what a freak of nature.

The lure was nasty—it didn’t last long. He ditched her—after each quickie locker-room soiree. That’s all the time he gave her—a quickie up against the locker.

And then a nice hot shower—leaving her dazed and whiney. Sniffing his damp shorts—taking his smelly jock home with her. That’s when her husband—got his reward. The lure was brotherly love.

The lure was both brothers—every Saturday night. She took turns with them—she was cheap. They were lurid—ready to go. Three-ways got her what she wanted—boxer, husband and the lure of love.

Posted by pugetopolis at 4:44 AM