The Nine of Hearts 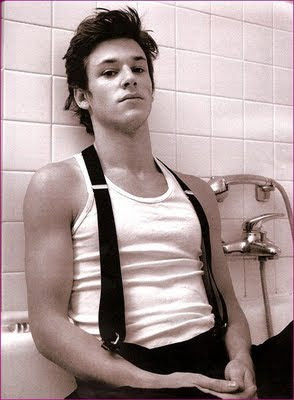 The Nine of Hearts

“The nine of hearts—
Enough, I'm going to
leave. The purple-faced
man bends over a sheet
of paper and sucks his pencil.”
—Jean-Paul Sartre, Nausea

“Things are bad! Things
are very bad: I have it,
the filth, the Nausea.”
—Jean-Paul Sartre, Nausea

It was the Nine of Hearts—that’s what started it. The disgusting sense of Nausea with a capital N. It was after a typical game of cards in the dormitory—the usual game of bored poker that young bored men play when they’re bored in college. Staying up late, bored with stupid homework, bored with themselves—who hasn’t felt that way?

Except with me—it was even worse. I felt Nausea—instead of Boredom. It was all the fault of that Nine of Hearts. It began with a slight twinge in my stomach. It felt ticklish at first—something delicate, sensitive, easy to forget. But then it started to get worse. I could taste it—the taste of the Nine of Hearts. The taste of Nine Inches. The taste of disgusting Nausea.

Once you’ve tasted it—there’s no turning back. Once you’ve savored it—it never goes away. It had a sharp almost tangerine tang to it—tangy and disgusting. It was tart—tart and awful-tasting. I knew it was coming on again—Nausea with a capitol N. It made me feel faint—faint and disgusted with myself.

I knocked on his door—young ratty Roquentin was there. He’d never answer—he’d always ignore me. But he’d be expecting me as usual—he’d always leave the door unlocked. He didn’t have a roommate—he’d driven them all away. They wouldn’t talk about it—but it must have been something bad. Something that probably disgusted them. Would it disgust me? Of course it would. I was so easily disgusted—in fact, my dear, I was addicted to it.

Roquentin smirked at me—knowing what I wanted. He knew me—better than I knew myself. He had that kind of knowing smirk—that makes even Nausea seem inviting. It made me weak in the knees—as I closed the door and locked it. Roquentin was this rather unremarkable ratty young Frenchman from New Orleans—he was a sullen Sartrean little slut. He made me Nauseous just being around him—why I don’t know.

That’s a lie—we both knew why. It was the Nine of Hearts—that mysterious Nine of Hearts card between his legs. It wasn’t any big mystery to him though—there wasn’t any Purloined Letter pulp fiction plot or Raymond Chandler movie scenario like The Big Sleep. It was simple—it was his long disagreeable thick veiny erogenous Nine of Hearts. His exquisite Nine of Hearts—his sullen Nine Inches that drove me up the wall. Up the wall—then down on my knees.

I didn’t have to say anything like—“I’ve come by to say hello.” Or something more intimate like—“Roquentin, what’s up, Big Boy?”

I let my hand undo his robe—running my lips down his stomach. He ignored me—pretending to read a book sitting at his desk. His pubes turned into a small garden—with a low squat deformed magnolia tree down there heavily-scented with nauseous sweetness. Busy bees were buzzing, little ants were crawling—creepy centipedes and ringworm were lurking down there. Below his bellybutton a cactus and a fig tree grew—his skanky smelling garden made me want to vomit. The more I smelled him—the more Nauseous I became.

Roquentin felt only disgust for me—I was repugnant to him. But his girlfriend Yvette back in the Big Easy—she was a long way off and he only got to see her on weekends. He couldn’t stand it being without her—he missed her in all sorts of shameless obsessive throbbing ways. He’d ooze and groan calling out her name—even though it was me down on my knees getting him off.

He was disgusted with me—but he pretended I was Yvette and stuck it all the way down my throat. It was a perverse burgeoning—an obscene opening up and abandoning himself inside me. But it was really disgust that Roquentin felt for me—knowing it was his Nine of Hearts that I craved. The birthmarks I left on his uncut Nine inches—the pale purple bruised hickies of my homosexual perversion and lust. The Nausea of Deep South queer sex—that nauseous craving which was the only thing that could cure his virile young heterosexual boredom.

The way Roquentin’s nipples got erect—imagining Yvette was giving him head. The profound loathing he felt for my lips—as he held my head like a vise with his legs around my neck. Taking him time to—finish himself off slowly. I didn’t linger long afterwards—he was so oversensitive and trembling. It would’ve ruined his fantasy—pretending I was her and she was me. I’d scuttle off to my room—to savor the taste of his obscene writhing oyster.

It wasn’t just a Sartrean fantasy—the Nausea thing. The Nine of Hearts was a straight thing—with a queer twist. He knew I was a size-queen—his disgust and vain pride were mine only though. He was a nut about being a Narcissus—there was nothing better he liked than being worshipped. Having a voyeur like me worshipping it. We were united in the Nausea of the Voila-moment—no one else even Yvette knew. Nor did anyone want to know—how viciously viscous the shudder of our disgust for each other was.

How could I be addicted—to anything that tasted so utterly horrible and exquisitely disgusting? Didn’t I feel guilty, didn’t I despise myself—for robbing the cradle blind? To taste his innocent manhood—to imbibe his not so bashful babypaste? To almost smell the baby powder beforehand—wafts of dirty diapers full of piss and shit? It was all there—wiggling on the tip of my shameless tongue. I could almost feel each runny oyster of love—each wiggling and struggling whimper of seminal offspring. It make me want to faint—just thinking about how many sons and daughters I got out of him. Down to the last squirmy Nauseous drop.

Roquentin wasn’t that generous—he tried holding it back as long as he could. He didn’t want me to know him that well—but he couldn’t help himself. His young male hormones—they trumped everything. His Nine of Hearts—needed to be played. I wanted to move in—and be his roommate. But he said—“No, you’d want it all the time.” Yes, he was probably right—I’d want it in the morning before classes. Then at noon hour—with the blinds pulled down. And then at night—rather than doing lousy homework.

It was easy being a decadent English major back in the Sixties—Gide, Cocteau, Proust and Genet had already paved the way for my downfall. Tennessee Williams and William Faulkner were so decadent they stunk—just like New Orleans stunk for miles around. One could smell the rotting damp decay of the City from miles off—it wasn’t called the Big Easy for nothing. Katrina cleaned out the ghetto, sewers and gutters a little bit—but nothing could get rid of the ancient seaport stench. And everybody knows, of course—it was the Fags of Mardi Gras that doomed the city to sinful ruin.

But it’s Sartre I blame the most—for my bad faith, my unlucky card game fate with the Night of Hearts. After all he wasn’t just a French novelist—he was an esteemed French Existential Philosopher. The author of great tomes of Erudition—like Being and Nothingness, Saint Genet and all that.

Sartre queered my nascent so-called intellectual development—turning me into an obsequiously meek, timid, closeted Milquetoast. A boy who spoke softly—but liked to put the make on big Schnozzolas. Sartre turned me into apathetic and unmotivated slob—but that’s not the reason for me being so quiet. I’d resigned myself to Freedom—I chose the path Straight to Hell…

I’d become an effeminate spiritless youth—and guys like Roquentin took advantage of it. It gave me the courage and manliness (l’enracinement viril) I needed—when they let me feel how butch they were. I suppose you could call me—an updated shameless Son of Dracula. Although sometimes—it was the Daughter of Dracula who made most of the trouble.

I still feel rather Nauseous—thinking of those Nine of Hearts. That card accidentally left behind—on the café table in Sartre’s novel. The humid dormitory evenings—the way Roquentin kept playing his Nine of Hearts for me. Even in my dreams afterwards—surely it wasn’t just Poker giving me excruciating wetdreams? Making me flex my ass and—helplessly triggering those awful nocturnal emissions. Waking up—making me scribble down these louche card game fantasies in the middle of the night?

Not so pretty Proustian fantasies—Genet-esque thuggish nightmares. Waking me up in my damp sweaty sheets—still obsessed with the taste of him, wanting to spank him (jae fessé), desiring to choke it to death, needing him like I needed a hole in my head. With him saying—“Next time there won’t be another time” just to keep me on edge and nervously worshipping him.

When Roquentin got that way—it made me want him even more. His body gave off the smell of rotting magnolias—pealing back his foreskin one could taste his sickeningly sweet sugar cane smegma. A sweet pungent taste—like a sweaty mildewy jockstrap green with rancid mold and putrid sweat. I could smell him slowly rotting and putrefying—just like the Big Easy.

It was so disgusting—it made me almost gag. Nausea always turned me on though—it made me famished even more for Roquentin’s moody manhood. But my helpless Nausea and his decadent dependency on me—started making him paranoid about his male sexuality. The dreaded fear (se faire défoncer) that I’d turned him into a fag (une tante)—began to make him uneasy about things.

Roquentin’s girlfriend—Little Yvette. Her pussy—it had been replaced by my knowing lips. Not only that but by soft hands and homicidal fingers—they were strangling him slowly to death every night. Draining him dry—his young manhood slipping away fast.

He’d been metamorphosed into a Kafkaesque cock—into oozing cumly quarts of Chartreuse. He’d become the Milquetoast that I once was—murmuring sweet nothings to his invisible girlfriend who wasn’t there. I’d turned his proletarian machismo haughtiness—into a pampered piece of poshlust Sluthood. He’d become my male Lolita—my Prisoner of Love.

Roquentin was heavy-maintenance—he required lots of attention. But there was nothing he could do about it. He’d become addicted to Nausea like me—the Nine of Hearts ruled both our troubled hearts.

“Enough, enough—I can’t take it anymore” he said. But then he told me to move into his dorm room—so he wouldn’t have to wait for it in the morning and at night. I ended up his roommate—doing both him and his stupid homework. But it was worth it—after all I was working my way through college.

Gradually the lowly Nine of Hearts was taking over—soon it became the Jack of Hearts and then the King of Hearts himself. Then one day—it became the Ace of Hearts. It sprouted wings—and he was suddenly gone. Yvette was pregnant—and he had to get married right away. Naturally I wasn’t the Best Man—even though I was.

Posted by pugetopolis at 4:02 PM