The Ghosts of Marie Antoinette 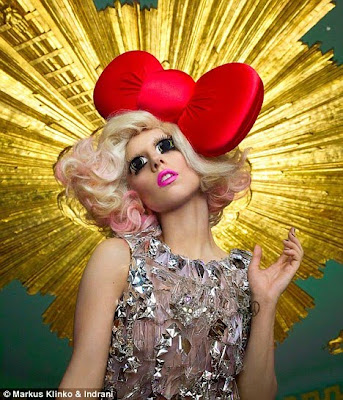 The Ghosts of Marie Antoinette

The problem we had was that there were so very many Marie Antoinette(s). The plague had done in so many queens by then that it made the French Revolution look like a tea party.

Naturally Denise wanted to sign on early as Marie Antoinette, but her tendency to cancel performances in recent years led some to wonder whether she would actually sing. Since she was so theatrically minded and dead already, she was just right for what I wanted as Marie Antoinette. At least, my dear, one of the Marie Antoinette(s) anyway.

Denise expressed something bigger and more spiritual than what we originally had in mind for her. So we opened up the aria just for her. That's part of collaborative art, and as I've pointed out to the Met, there’s an advantage to working with dead souls. Commissions are more reasonable that way, dontchaknow.

Opera Quiz: “What opera is set simultaneously in the plague-ridden ‘90s and in 1793, and on three planes of reality, with performing forces that include 40 singers, a Classical-scale orchestra on stage, a full orchestra in the pit, a chorus of ghostly queens and a marching band of 40 kazoo players?” The answer is “The Ghosts of Marie Antoinette,” which will open at the Met on Thursday.

Originally I thought it would be nice to base the opera on “The Barber of Seville” and “The Marriage of Figaro.” But once I dilly-dallied through them—I decided to jettison the plots but use the characters, including some leftovers from the earlier “Figaro” plays.

What I wanted was a world of multiple realities. A ghostly realm with spirits of Louis XVI and his court haunting present-day Versailles. I wanted Beaumarchais who had fallen in love with Marie Antoinette. To woo her, I created a second reality, the world of the stage which would alter a third reality—history itself. Figaro, Count Almaviva and the rest—they’d spirit Marie Antoinette out of France before her plague-induced execution.

Naturally there’d be plot complications and things would go awry. Begearss the villain would seek to foil the escape. Figaro doesn’t want to save Marie Antoinette. Beaumarchais jumps into the stage world to confront him—and when Figaro hops into the ghost world, Beaumarchais and Marie Antoinette persuade him to recreate a part of the French Queen’s trial. Nothing is resolved finally—though predictably everybody ends up dead souls.

I wanted a libretto not set entirely in Paris in the 18th century—because I didn’t want to write a Neo-Classical black plague melodrama. I wanted to leap into the future—where new plagues are possible. Plagues based on monkey-brains and vaccine libretto smoke and flux.

Although I love music and think musically, I didn’t really think that the libretto should be a vehicle for social ideas. I wanted an opera that would stand on its own high heels melodramatically. I wanted it to be a love story—based on both the Gay Revolution and the French Revolution.

I thought of “The Ghosts of Marie Antoinette” as a “grand opera buffa.” The first act broadly comic with campy arias and manic chase scenes. Then the second act as dark and tragic. Marie Antoinette’s trial scene done in by a lynch mob—like the one conducted after the failed putsch against Queen Adolfa in Berlin. I envisioned a second-act aria with Tom Cruise as Colonel Claus von Stauffenberg singing the blues.

To match the multiple operatic venues—I began with some 12-tone rows and clusters evoking a hazy ghost world. Then I scored in a Rossinian catalogue aria for Figaro, a saccharine Morzartean quartet for a couple of doomed lovers, plus a pastiche of Turkish wind band music with kazoos disguised as Arabic oboes.

What I wanted to somehow manage was to encompass campy parody and sentimental nostalgia while providing analysis and reflection. I’d like to imagine that a force called Gay History separates artworks from dross—stripping away the accidents of the plague’s origins and consequences.

Can there be anything energetically determined as entertaining—as a result of so much tragedy and death? Can an opening-night audience cheer themselves with such a gay premiere? Is there something obscene about being entertained at the Met by the demise of so many Marie Antoinette(s)? A performance with spectacular ticket sales?

How many Marie Antoinette(s) are no longer with us—how many Figaro(s) got mixed up with Gay Liberation and the French-like Revolution’s Reign of Terror? Gay History is the subject of “The Ghosts of Marie Antoinette”—but sometimes I feel guilty involving the score’s various invocations of Mozart and Rossini with the reality of what really happened.

The touching nostalgic songs, the series of stage “bits.” Sometimes I feel like I’ve failed—even though “The Ghosts of Marie Antoinette” is rather cynical and snarky, seemingly already like a work of the past rather than of the ever-renewing present.

How peculiar for opera to be so preoccupied with restoring the gay past or revising it. Trying to alter or substitute history—through libretto and opera. The playwright Beaumarchais drifting through the afterlife—with French queens and nobility. Singing about Figaro—and his campy misadventures.

Lacking the gracious eroticism of Mozart or Rossini, I tried a tasteless vaudevillian stunt—including an exploding turban and a Near Eastern melisma camping it up with a harem in drag. Then I tried to create “history as it should have been” by proving the Gay Revolution wasn’t all that it was cracked up to be. There were heroes and heroines—but also villains like Begearss and his wormy sidekicks.

I think that opera can always be the ultimate edge for history—for those of us romantically inclined Marie Antoinette(s) still here. To see life as a stage within a stage—to imagine a proscenium as a place for creating alternate universes with restless pastiche and parody.

With the way time rushes on for us first-time viewers—“The Ghosts of Marie Antoinette” is but a mere figment of the passing gay imagination. Whether it ever will actually be performed at the Met or not—really doesn’t make any difference in the long run. Does anybody still read Gogol’s “Dead Souls” anymore either?
Posted by pugetopolis at 8:42 PM