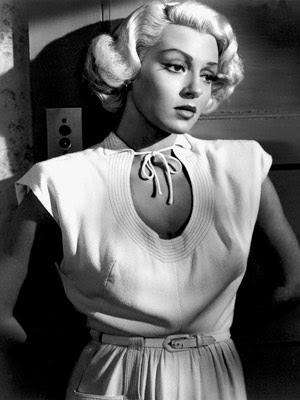 Tall handsome 16-year-old Dwayne Jerome
My incredibly beautiful nouveau half-brother
Living with me in the big mansion in Ingeville
My whole life hopelessly—revolving around him
My long lost young Chicago brother Jerome!!!

Like Tennessee Williams—and William Inge
I struggled to invoke—the same Shadow
The invoked One—A Streetcar Named Desire
The One—The Dark at the Top of the Stairs
My Shadow Twin—Dwayne Jerome Jones!!!

Naively I thought—I’d suffuse it with Light
But Jerome’s Bondage & Deliverance was
Much more than just fun—falling in love
Was serious business—the Dark Other
I desperately craved—thru Mulatto S & M!!!

Whips and black leather—hanging from the
Ceiling in chains—all the pleasures & pains
I imagined—my so-called Whiteboy Bondage!!!
But it was just nothing—compared to Jerome’s
Exquisite Mulatto Love and Deliverance!!!

Surely it was more than just Penis Envy???
Knowing my younger brother—was more
Endowed than me—his African manhood???
Suddenly I became one—with the Shadow
My lips touched—The Heart of Darkness!!!

It was simply shameless—and unforgivable
Being a Size Queen—for one’s kid brother…
His blood flowing through me—as surely as it
Flowed through his father—and our mother…
The Family Tree—wanting to get inside me!!!

It takes a lot more—than just that, baby
Dwayne Jerome and me—simpatico smoochers
My hot mulatto brother—always with a pout
Africa running through him—running thru me
Goodbye Heartache—Hello Mulatto Love!!!

Roughing me up—because I was Vanilla fag
Funny how the pain didn’t hurt—I loved it!!!
In fact anything that Jerome did to hurt me
Made me feel just the opposite—it felt good
Which was asking for trouble—and I got it!!!

You know that scene—in The Maltese Falcon?
Humphrey Bogart pistol-whipping Peter Lorre
“You’ll take it and like it!!!”—he says to Peter Lorre
I took it like Peter Lorre—when Dwayne Jerome
Pistol-whipped me—with his big black heater

I took it and liked it—like Bogart said
What can I say?—I should’ve been more shy?
Embarrassed by such an exquisite mulatto Prince?
All the Shame and Embarrassment in the world—
Couldn’t stop me loving my kid brother all the way!!!

Whiteboy Bondage—Black Deliverance
The more I got into it—sliding up beside him
His Mandingo Love—the more I understood
What Robert Mapplethorpe—meant when
He said—“Once you’ve gone black…”
Posted by pugetopolis at 9:19 PM