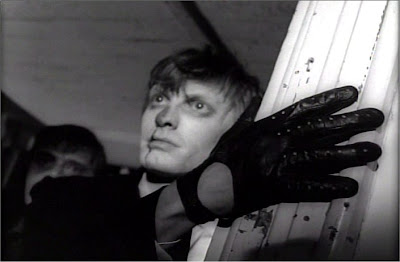 The corpses said—“You were born rich…
Rich, beautiful & smart—you little creep!!!
You came from a good family—let’s eat you!!!”

“Tonight, Barbara—we’re coming to get you!!!
It’s Night of the Living Dead, sweetheart…
Even creeps like you—taste succulent & tasty!!!”

I was so scared—and totally humiliated
Romero was such an insane tyrant director
I kept waiting—to wake up from the movie???

The only thing that matters—is staying alive
My brother is trying to get into the house
His dumb sad eyes—and bashed-in head!!!

All the graveyards—turning into brothels
The Living Dead were surely going to get me
Ending up giving them—my most precious thing!!!
Posted by pugetopolis at 12:37 PM