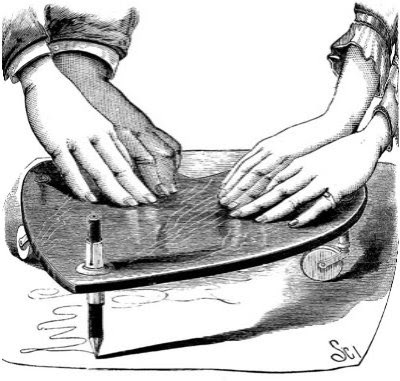 "Had you caught something in me,
Nocturnal and unknown to me?"
—Ted Hughes, "The Rabbit Catcher,"
Birthday Letters (1998)

Plath had—Hughes’ number
He was a Yorkshire— predator poet
That’s what she wanted—isn’t it?
She wanted a Gamekeeper—like Lady Chatterley
Out in the Devon countryside—Court Green
She got her wish—and then realized
What she got—and what she didn’t get
A big bad wolf—who ate her up

“Fame will come. Fame especially for you.
Fame cannot be avoided. And when it comes
You will have paid for it with your happiness.
Your husband and your life.”
—Ted Hughes, "Ouija," Birthday
Letters (1998)

Sylvia got him going—professionally
First book, second book—Guggenheim
Faber and Faber—Miss Eliot and Miss Spender
Slobbering over him—even Miss Auden
A good day for a lay—Hughes was ambitious
A wolf in lambskin—a mere disguise
Except Sylvia—just as ruthless as him
Later Hughes realized—the occult truth

Clairvoyance hurts—it hurts bad
The Dark Goddess—may give you
What you want—but at what price?
He became Poet Laureate—but cursed Caliban too
The same struggle with each man—confronting
The Dark Boar—erupting out of his psyche
There is no victory—Caliban’s darkness wins
That and the usual—maimed Adonis-hood

Ted Hughes—fell further than most.
Achieving the Queen’s favor—Poet Laureateship
Plus the Dark Goddess’ revenge—metamorphoses into
Big Bad Wolf—gobbled up Sylvia, Assia
And all the other women in his life—even all the
Old queens—of the British literary establishment
Only Philip Larkin—smirked at Hughes
He knew a wolf—when he saw one

"Equally illuminating are letters and manuscripts in Hughes' hand that reflect the hurt and guilt he felt in the years following Plath's death. In a badly-worn notebook dating from the late 1960s, Hughes records a dream in which Plath comes back to life for one day. After the subsequent suicide of Wevill in 1969, Hughes writes to a friend and confides, "I wonder sometimes if things might have gone differently without the events of 63 & 69. I have an idea of those two episodes as giant steel doors shutting down over great parts of myself-leaving me that much less, just what was left, to live on. No doubt a more resolute artist would have penetrated the steel doors." In an undated manuscript Hughes confesses that he writes poetry in hope of some catharsis: "I am not composing poetry," he writes, "I am trying to get out of the flames."