Refinement of the Decline 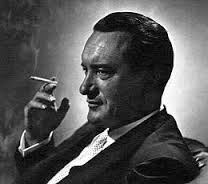 REFINEMENT OF THE DECLINE

@hyhybt: You’re asking fans of Justin Bieber to be rational, do you know how ludicrous this suggestion is. The only thing they should be doing is giving out wire coathangers at his concerts for the good of the world.

@2eo: I’m not asking them to be rational, just elaborating on the particular manner in which they’re being irrational at the moment. Which may be equally pointless, but is a bit more fun.
______________

@Bob LaBlah: The older he gets the more he looks like Vanilla Ice. I do hope someone tells him that in the “thug” world pants showing briefs means your a bottom. Not that I’m saying he wouldn’t do a flip-flop.

@ J.c. LMAO! Things like this have always happened. The girls love it. Let them have their fun. They are only young once. He knows how to get them going and they adore him. Its cute!

@kouros: Bieber is a straight, moderately talented entertainer, whose target audience is teen-age (or younger) females. Why do queer men bother with this idiot, and why is this post on Queerty? If you like the body type, you can find much hotter boiz elsewhere. Stop supporting this twit. He does nothing for our LGBTI folks.

@Brendan: So pretty. But those saggy harem pants have got to go. Looks like the kid took a huge dump.

@EqualityUSA: His career may be more meaningful, if he were to be genuine. I don’t see his career crashing, simply for being truthful about who he is. If he cannot accept it, then he’ll self-destruct and this will destroy his career.

@Jimmy D: One of my friends told me before he came out, he did the whole bad boy thing. He didn’t want his teammates on his high school football team to suspect he was gay, so he would constantly get in to trouble.
______________

Posted by pugetopolis at 6:23 PM