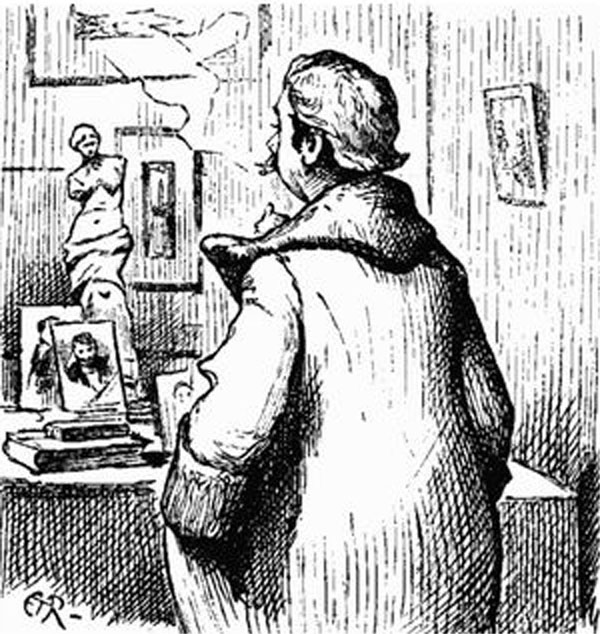 It’s curious, however, that although he—
aims at being considered a poet, an artist,
a dramatist, and a musical composer…

The Dilettante gay moderné rather—
affects the society of those who are like him,
amateurs of imperfect development
______________

Like those who’ve hardly attained fame—
by any professional effort, but may be seen
occasionally at various stylish parties

It is noticeable that the Dilettante—
loves the society of flitting queen bees,
and isn’t adverse to mocking Domestica

He finds a sense of wit and satire—
in fancying that he’s somewhat remarkable,
that his evil tongue wags sophisticated havoc
_________________

He gives a practical expression to his scorn—
by quavering in a queenly voice, the feeble
chansonnettes of an inferior French composer
____________

And by issuing a volume of poems in which—
the good taste of English Grammar is swished
under the rug, and replaced with depravity

In his lyrical effusions he lashes out at—
the cold and cruel heartlessness of the world
with a snotty, snively, tres nasty noble scorn
_____________

They will then take pleasure in persuading—
one another without any difficulty, that they
are indeed the fine flower of elitist beings

The Dilettante, moreover, is a constant—
devotee at the first nights of certain theatres
and operas of high society gossip & elegance
________________

There amongst inner circles of Dilettantia—
a jargon, both of voice and of gesture, passes as
humoresque, but is quite unintelligible

The butchy bourgeois outer world of tacky—
Philistines means nothing unless, of course,
some cute rough trade number is appealing
____________

Then the wrists dangle, the hands shake—
emphasizing those delicate finger-tips that
distinguish the plaintive cadence “oh, dear me”

Miss Dilettante affects a gait and manner—
of the most mincing delicacy, seeking to impress
others with her sense of superior refinement
______________

Yet she deceives nobody, getting buried—
in a wicker-work coffin covered with lilies while
her rival Dilettante friends simply yawn