THE BLACK AND WHITE BALL 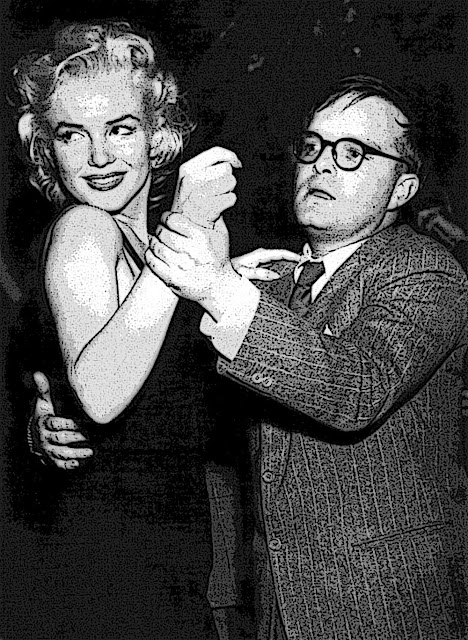 THE BLACK AND WHITE BALL

The Black and White Ball—
of course, it wasn’t real

Chic critics mocked the idea—
scoffed and pooh-poohed it

Are we so bankrupt, they said—
so avid for decadent escape?

So VOGUE jaded that we must—
Ogle at HOLLYWOOD CONFIDENTIAL?

Doing her stylish sophisticated—
NEW YORKER take on such a tragedy

Just as boring and ordinary as—
some Big Apple ho-hum homicide?

Patiently waiting for the inevitable—
Noose Party at the jerky climax?

Intensely knotted up in fear—
full of self-pity and survivor’s guilt?

So she could finally become—
The Great American Proust!!!

Throwing her splendidly sordid—
Black and White Ball to celebrate!!!