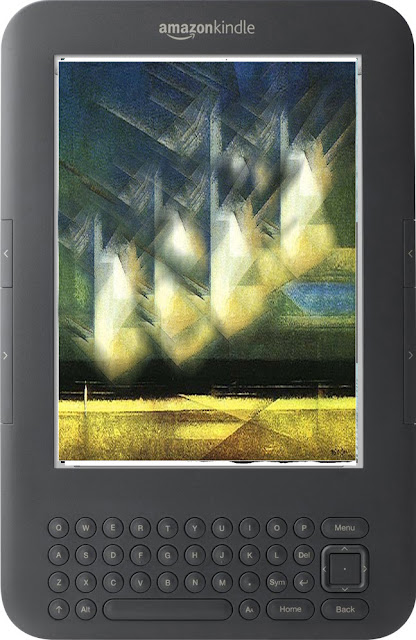 What Is Pale Fire?

“Pale Fire is not designed to be one overarching problem, but many interlocking ones.”—nnyhav, “Realighting on Pale Fire,” Stochastic Bookmark 13.3.12 http://nnyhav.blogspot.com/

“Pale Fire is a Jack-in-the-box, a Faberge gem, a clockwork toy, a chess problem, an infernal machine, a trap to catch reviewers, a cat-and-mouse game, a do-it-yourself novel.”—Mary McCarthy, The New Republic, June 4, 1962
http://innerlea.com/aulit/paleFire/notes/mccarthy.html

So, if I may ask, what is Pale Fire? A book? A novel? A poem? A clever satire on academic research? A kitschy lit crit set-up? A mise-en-abyme story-within-a story? All these analogues are rabbit-holes—each choice will probably take us down into many different Alice and Wonderlands.

But taking all these avenues as well as NABOKOV-L into consideration, well, I tend to agree with nnyhav that Pale Fire is dominated with a concern for an otherworld or even otherworld(s):

“But underarching the oeuvre are a watermarked concern with an otherworld (potustoronnost, an orbit overlapping the afterlife … [I tend towards eccentric usuage of ellipses]), per Véra, and an unflagging dedication of the work to Véra herself (however much he strayed outside the text).”—nnyhav, “Realighting on Pale Fire,” Stochastic Bookmark 13.3.12 http://nnyhav.blogspot.com/

So where are the crown-jewels?

Posted by pugetopolis at 8:41 PM