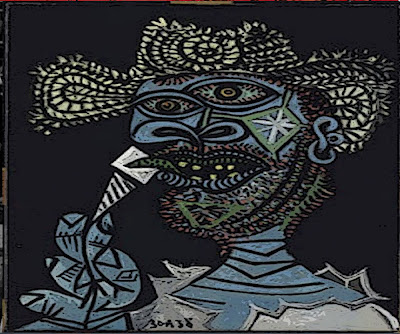 “What remains is to fully bring
Plath’s poetics into the framework
of the same cultural logics that
produced The New American Poets—
think of Ginsberg’s A Supermarket in
California, for instance—a revision”
—Barrett Watten

No families shopping tonight
No aisles full of husbands, wives, kids
Not even any grocery boyz other than
The one bending down erect like a
Lost American genealogical tree root
_____________________

Well, maybe I did find Buddha after all
being up there all alone in the silent cabin
without bananas, apples, popcorn, candy
no supermarket odyssey to distract me
saving it instead for a young dharma dick?

Posted by pugetopolis at 5:54 AM