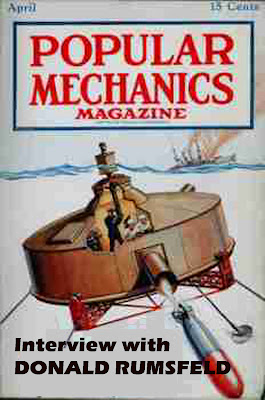 "Time travel has a tendency to encourage a depressing view of everything."

"Time's untidy, and free people are free to make mistakes and commit crimes and do bad things. Stuff happens."

"As you know, you time travel with what you know, not what you might want to know or wish you had known at a later time."

"I am not going to give you the time because it's not my business to do intelligence work." — asked to estimate what time it actually was while testifying before Congress about multiple timelines.

"I believe in time yesterday. I don't know what time it is now, but I know what I think, and, well, I assume it's the right time now or at least I hope so."

"Needless to say, the time is correct. Whatever time it was or is or will be.”

"If I said yes, that would then suggest that that time might be the only time where it might be done which would not be accurate, necessarily accurate. It might also not be inaccurate, but I'm disinclined to mislead anyone."

"It is unknowable how long time will last. It could last six days, six weeks. I doubt six more months."

"Well, um, you know, time's neither good nor bad but thinking makes it so, I suppose, as Shakespeare said."

"Washington DC and I agree on every single issue that has ever been before me except for those instances where the Beltway’s still learning."

"Learn to say 'I don't know what time it is.' If used when appropriate, it will often be the case."

"I'm not into this detail stuff. I'm more concepty."

"I don't do temporal quagmires."

"I don't do temporal diplomacy."

"I don't do temporal politics."

"Now, settle down, settle down. Hell, I've been time traveling all morning, it's early in the day and I'm still getting my quantum ass back together again.”