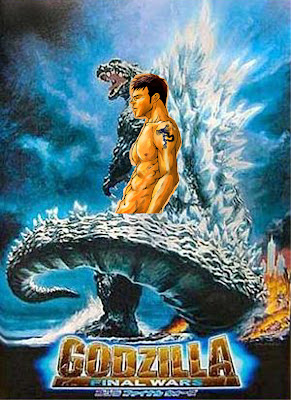 Perhaps I want to—
Imagine a scifaiku
Invented planet

I could give it an invented name—treat it as a SF world, create a new Serpent Solaris, an extraordinary Reptilian surreal Lovecraftian nightmare.

I could claim I’m representing or analyzing this horrible Jurassic world—its exopolitical contours the major gestures of a DARPA discourse.

I could also isolate this scifaiku world (faraway) using a plethora of alien features—deliberately forming a system for weaponizing & destroying it.

There’re no Fukushima atomics, no HAARP earthquake technologies or hidden agendas to make this so-called narrative a matter of indifference whose invented interplay & manipulated features simply “entertain” me.

Reptile Planet is a nefarious game-text—a mutation, a slippage, a morphing, a SF segue, a devolution of symbolic occultations in a vast region of darkness (capitalist Japan, American NWO, alien high-tech research).

Someday we must eventually write the scifaiku history of our own alien obscurity—our own manifest density in all its extraterrestrial narcissism. Right down thru the Jurassic-Pleistocene footprints in which various exopolitical changes have been actualized.

Occasionally we’ve heard about such hidden agendas—and the genetic repercussions which infallibly follow like Joseph Farrell describes in “Genes, Giants, Monsters and Men” (2011). The surviving elites of an ancient cosmic war—and their genetic experiments with human beings.

Scifaiku writers have terrible “flashes” which afford them a situation for new dystopian realities. A certain disturbance of the writer occurs, a subversion of earlier readings, a shocked recognition of reptilian meaning, an extenuated “reverse-engineering” insight into an irreplaceable void—without the flash ever ceasing to be horrible, detestable, unthinkable.

Scifaiku is after all, somewhat a serpent satori—a Zen occurrence more or less creating “an emptiness of human language.”

Posted by pugetopolis at 7:09 PM