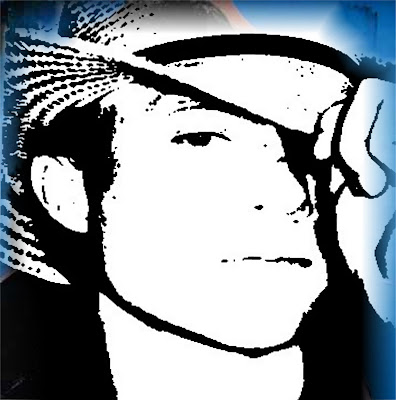 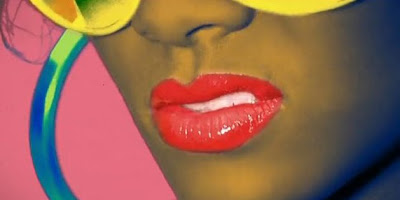 “Earth is out of bounds
for us now; it remains
a planet accessible only
through media”
—Kodwo Eshun & Anjalika
Sagar, “Otolith” (2003)

I got dizzy—falling & falling into her motion sickness.

She said it wouldn’t last long—but it lasted forever.

I ended up—all the way to Alpha Centauri and back.

I wasn’t any longer—just a stupid little Earth Boy.

They say Earth Boyz are easy—ain’t that the truth.

I was so easy—I didn’t know what fuckin’ hit me.

I got sucked into time travel—she really did it to me.

When I got back home—Otolith had already started.

That’s how I ended up here—in sad orbit nostalgia.

Me just one of her Bad Boyz—with my YouTube memories.

Moping thru the archives—of her 21st century.

She was Valentina Tereshkova—Queen of Outer Space.

“For us,” she said—"there will be no more history.”

“We’ll have to reinvent it—the old history is dead.”

“The mushroom clouds—got rid of all that for us.”

Mixing it up—the future ain’t what it used to be.

Miles Davis and—“He Was Madly in Love With Him.”

http://www.youtube.com/watch?v=Wv4wKYfS-Go&feature=PlayList&p=829B76AEAD22F7A1&playnext_from=PL&playnext=1&index=57
.
“Music is all in the breaks:
the distance between—
listening to Miles & Macero’s
“He Loved Him Madly” and
crossing all thresholds with
and through it, leaving every
old belief system: rock, jazz,
soul, Electro, HipHop, House,
Acid, drum’n’bass, electronics,
Techno and dub—forever.”
—Kodwo Eshun, More Brilliant
Than the Sun

And no images—without future music.

Image of the future—“Paul Valéry.”

We float in microgravity—above the ruins.

It’s a neurological disorder—inside our ears.

They get displaced—by free fall in outer space.

They gravitate longitudinally—back on Earth.

But up here they get—displaced really bad.

BPV is caused by—lack of gravity.

We end up with—“motion sickness.”

It effects our understanding—of multiple dimensions.

We bring it together—existing images differently.

Agravic space-time—has to be reconceived.

We invented it—temporary Heterotopia for the Now.

And everything else—that accompanies global crisis.

Thru this understanding—we reinvented microgravity.

As a field of forces—that immerses and extends.

Navigation thru the agravic field—thru Music herself.

Mutant future of the 22nd Century

The ambient fear of the early 21st Century

And post independence era of the mid 20th Century

Above the historical ruins—her fictional Narrative

Residing in a permanent state—of weightlessness

BPV preventing her habitation—down on Earth

Speculating on the evolution—of humankind

Using the form of sonic fiction—to test it

Gazing down on Amsterdam—and London in ruins

Those minute particles—found in the inner ear

That help us to balance—and navigate our way

Thru the wormholes—eating away thru space

My meditation—on the persistence of dystopian despair

Posted by pugetopolis at 6:21 PM