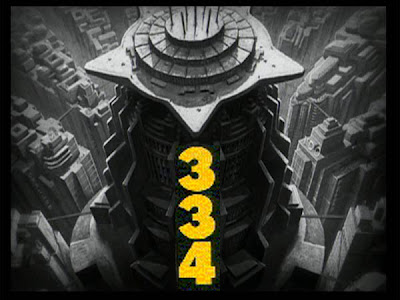 “Twisting smoke curled
towards the ornate grill.
Broken reflections sagged
and recovered on the walls.”
—Samuel R. Delany,
Time Considered as a Helix
of Semi-Precious Stones

It’s pretty easy to see why Delany got turned on by Disch. All one has to do is read or reread Delany’s short story “Time Considered as a Helix of Semi-Precious Stones” (1969)—and compare it with Disch’s short story “Angouleme” (1972).

What resulted was Delany’s The American Shore: Meditations on a Tale of Science Fiction by Thomas M. Disch—Angouleme (1988). A detailed discussion of a Thomas M. Disch short story—which on the surface is minimally science fictional. But Delany examines how reading it as SF—shapes the reader’s reactions differently than reading it as mundane or fantasy fiction.

Both writers and both short stories are exquisitely cosmopolitan chic and Manhattan suave and tres sophisticated. Both are innocent and savvy at the same time—getting into the youth generation’s jouissance at the time. And then extrapolating about it later.

For example, Delany starts by dividing up Disch’s storyline—the same way he began dividing up his own Helix storyline: “Log ordinate and abscissa on the century. Now cut me a quadrant. Third quadrant if you please. I was born in ‘fifty. Here it’s ‘seventy-five.”

It’s a no-brainer to see how Delany does the same thing with “Angouleme”—but this time more along deconstructionist lines dividing the story into 287 Barthes-like "lexias" for individual commentary. And then elaborating insights simplified in other writings—with a style often crabbed, an analysis highly contextual, transferring insights to other texts not always evident.

Delany does this Roland Barthes type of literary deconstruction using Thomas Disch’s short story “Angouleme” text—much as Barthes did the same thing with “S/Z” based on Balzac’s novella Sarrasine.

Anatole Broyard says that “Language was both a luxury and a discipline for Barthes. He pursued a subject through language until he cornered it, until its disguise fell away and it was revealed in a kind of epiphany.”

Delany is like Barthes. Delany prods, squeezes and sniffs at language—like a chef buying fruit and vegetables. He munches distinctions. His sentence rhythms are those of a man who talks with his hands.

Disch’s “Angouleme” is like Delany’s disco “Helix of Semi-Precious Stones.” Both are hybrid short stories. They’re like neo-noir matter-of-fact boutiques of alternate lifestyles—attractive to those who celebrate sex, drugs and the right wardrobe.

The cyberpunk component of sci-fi today is already history—post-Neuromancer and post-Pattern Recognition storylines are just as outdated with the new audience of adolescent and collegiate Wi-Fi wayfarers of today. Delany’s disco partygoers were pre-cyberpunk—while Gibson’s hackers and nerds of yesteryear are history now.

But what about Disch’s young killers from “Angouleme” in his novel 334?

Disch’s “Angouleme” isn’t a dystopian hell in the spirit of George Orwell’s 1984. It’s much more nonchalant and cynical like now. The sharkpool politics of the ‘80s and ‘90s have become just the facts of life—urban squalor, global pillage, systemic criminality.

The post-Neuromancer world is much more profoundly neo-noir sci-fi ho-hum than any Orwellian double-think—money scams and Ponzi schemes by MegaCorps and UniBanks and Big Oil wars have long ago left in the gutter any hope for a Le Guin-esque New Jerusalem.

Disch’s “Angouleme” could be called Pop Despair. It’s part of a group of “fix-up” novellas about the same family moving back and forth in time. The other sections are “The Death of Socrates,” “Bodies,” “Everyday Life in the Roman Empire,” “Emancipation: A Romance of the Times to Come” and “334” (vignettes of the Hanson family from 2021 to 2025).

Sex, drugs, rock ‘n’ roll—plus the clothes on your back. Disch throws in your hair, you skin and “the fizzy pixels on the video monitor”—these being the Generation X options enjoyed, celebrated and managed by TPTB.

According to Disch, Edgar Allan Poe is the source of our Pop Despair. His well-written science-fiction tales like The Fall of the House of Usher—ushering in the same identical surrounding dreamscape as are psyches are undergoing now. Roderick’s nervous neo-noir neurasthenia—the allegorical doppelganger of the disintegrating mind symbolic of the Blogosphere.

The bulk of the Blogosphere was huge—even before the Internet. It was like Ligeia in the crypt—some kind of Premature Burial ready to undergo a Philip K. Dick Martian Time-Slip from the future or a Ubik resurrection from the dead or a Time Out of Joint mind-fucks out of the present.

Or one of those Heinlein plot devices that allows cloning into future solipsisms—like I Will Fear No Evil (1970), Time Enough for the Stars (1973) and The Number of the Beast (1979). Heinlein’s final comic apocalypse being a sci-fi Convention—“The First Centennial Convention of the Inter-Universal Society for Eschatological Patheistic Multiple-Ego Solipsism. The purpose being to celebrate Heinlein’s “divinity”—being the Alpha and Omega, the Beginning and End, the First and the Last Source of his Sci-Fi Imagination.

In that sense, I suppose, whether it’s Poe, PKD, Disch, Van Vogt, Heinlein or Delany—it’s their Blogosphere-esque imaginations that we’re heading toward as connect each with our own Mirrors for Observers.

So that the Blogosphere is slowly becoming the penultimate Pangbornian ironic jape, jeer and jive-ass Jouissance that sci-fi itself went through—called the Golden Age of Sci-Fi during the ‘40s and ‘50s. Thanks to John Campbell’s Astounding Science Fiction magazine and the prolonged Childhood’s End it went through with the Ace Double Novels and the pulp fiction paperback revolution.

The “Oulipo Effect”—made us do it. The workshop of possible fictions—like van Vogt’s Weapon Shops of Isher. Offering us different ways—to anticipate and “anticipage” the future.

The “Oulipo Effect” isn’t for everybody—the “workshop of possible fictions” engendered acronymically from L’Ouvroir de Literature Potenialle. The Encyclopedia of Science Fiction credits Disch’s novel “334” as “the most successful Oulipo-related experiment in the SF field, although Disch insisted he’d never heard of Raymond Roussel the French protosurrealist. All he wanted to do with “334” was write a “welfare state” dystopia.
Posted by pugetopolis at 5:17 PM