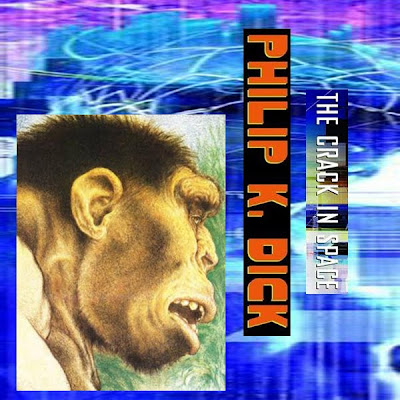 “Perhaps the Boskops were trapped
by their ability to see clearly where
things would head. Perhaps they
were prisoners of those majestic
brains. Lacking the external hard
drive of a literate society, the Boskops
were unable to exploit the vast
potential locked up in their expanded
cortex. They were born just a few
millennia too soon.”
—Gary Lynch and Richard Granger, Big Brain
http://discovermagazine.com/2009/the-brain-2/28-what-happened-to-hominids-who-were-smarter-than-us/article_view?b_start:int=0&-C
“This is the crack,” Dr. Lynch the neuroscientist was saying, pointing to the Boskopian skull on the stainless steel operating table in the underground Terra Development laboratory.

The two neuroscientists—Dr. Lurch Lynch and Dr. Groovy Granger—were on a “Blues Brothers” Terran Development “Mission for God” trip: to rediscover the Boskopian nexus and open it up for colonization.

The vidscreen shifted from Lurch and Groovy over to the TD laboratory itself and the neuroscientific experiment that was going on. To open up the crack in space—through a crack in the hominid skull uncovered by two Afrikaner farmers back in 1913 while digging a drainage ditch. The location was Boskop—a small town about 200 miles inland from the east coast of South Africa.

“It is this crack in space we’re going to go through,” Lurch was saying, pointing to the jagged crack in the brittle delicate skull before the cameras. This is going to be our Boskon alt.welt connection. Our dna-laser vidscreen Neurolinguistics ELAN, N400 and P600 computational model will show us what’s it’s like neurolinguistically—to see through the eyes of this proto-hominid species-jump speciman known as the Boskopian nexus.”

“As opposed to the Pekes?” Cravelli asked.

“Yes,” said Lurch Lynch with a slight irritation. “We’re not interested in the Pekes—what we’re after is the Boskopian hominid race, the big brained humanoids that preceded the Paleolithic Pekes. Take a look at the neuroimaging views of this ancient pre-Homo sapiens living being.”

The 3-D images danced like water-spiders on a lake.

“Notice how this now-extinct race of humans had big eyes, child-like faces, and probably an average intelligence of around 150, making them geniuses among Homo sapiens,” chimed in Lurch’s colleague Dr. Groovy Granger, pointing to the CGI-MRI neuroimaged superimposition shimmering like blue ice over the Boskopian skull on the vidscreen.

“Geniuses? You mean kinda like the Krell as opposed to us, huh Doc?” interjected Cravelli.

Ah yes, plus Robby the Robot. Speaking of comedies, the various TV newsclowns and homeopape camera were snapping pics right and left. Their flashbulbs caught the static scene starkly for an instant. The homeopapes and major networks were all tuned into this newsworthy event.

“So you guys are gonna give us all a razzle-dazzle circus show “Krell” mind boost, hmm Doc?” Cravelli said sarcastically. The neuroscientists all ignored him.

“We could all use a super-duper higher IQ,” Cravelli said to himself. “If we were smarter that way—maybe we wouldn’t fucking be doing this crazy stunt again in the first place. Something tells me—it’s just asking for trouble. Like last time…”
.
Even though both neuroscientists looked increasingly uncomfortable because of Cravelli’s badgering—nothing seemed to dim their intense “Mission Impossible” grim scientific determination. They were like a couple of enthusiastic schoolboys—ready for a fun romp through the fields of brain anatomy, biology, and evolution. They were only too ready to tout their own hypotheses about the Boskop connection.

“You see,” opined Lurch, “the entire mammalian neocortex developed from the olfactory cortex and as we’ve learned from studying brain evolution, random mutations lead to increased Boskopian brain size occurring first—followed later on over long periods of time by the elaboration of functions for these new big brain territories.”

”Particularly interesting,” said Groovy, “is our use of our Neurolinguistics ELAN, N400 and P600 computational models to suggest how Boskopian corticothalamic oscillations could have refined cognition from category to specific example.”

“Unfortunately,” Groovy demurred, “the Boskopians didn’t seem to make the jump—the necessary cerebral breakthrough of utilizing all that extra brain size. Why we don’t know at this point. Maybe they did—and something in the labyrinthine neocortex neurolinguistics passageways stopped them?”

“Maybe it was their “Monsters of the Id,” Doc—you know, like in Forbidden Planet,” Cravelli wisecracked again to the august gathering on the vidscreen.
He was getting a strange sense of doomed déjà vu about all this—as if he’d been through this nonsense nightmare once before. Like with the previous Terran Development hype—and Jiffi-Lube mumbo-jumbo parallel world fiasco game.

“It’s true,” Lurch moodily replied, “the size of the brain doesn’t necessarily correlate directly with the intelligence of its owner. At least not in absolute terms. Why does an elephant need a big brain—while a mouse with its much smaller brain can run circles around the behemoth?”

“But still, it may imply otherwise in this relation to size of the brain of the "Boskop" race of now extinct ancient humans. How should we distinguished neurolinguistic researchers treat this supposed "fallacy?” opined Lurch.

“Well, for one thing, we haven’t taken it for granted,” said Groovy, “as if a huge storeroom overflowing with ICs, heaps of electronic components and bundles of wires is more "intelligent" than the small PC on our desk. But our assumptions about the "perfect" products of the natural selection process lead us to look beyond such fallacies in the realm of biology.”

“Let's just say that what’s known and accepted as proven and what might be considered reasonable arguments in this highly speculative intellectual endeavor are all up for grabs—until we actually go through the crack in this Boskopian skull and see out into the world like they did,” Dr. Lurch hedged nervously, looking at his watch.

The other neuroscientists as well as the various neurotechnicians, neurolinguists, neuroimagists, neurobiologists, neuropsychologists, computer scientists and Boskopian support team were hooking up the last connections to the crack in the skull.

Terra Development shock-troops were standing guard in case any kind of Pekes invasion force storming through this connection again—like what happened through the older Jiff-scuttler tube-rent fiasco.

“There’s always the possibility that an overly connected (and therefore large) brain might not be very intelligent,” Lurch was saying into his microphone.

“On the other hand, if there was time for Boskopian nexus to be completed within the extra space of the frontal lobes—then who knows what that means?”

“Perhaps some kind of neurolinguistic telepathy—group mind think like fireflies turning on & off at the same time? This psi-nexus possibility opens up a whole different set of scenario problematics—one that goes beyond our mere CGI-MRI neuroimaging attempts here in the lab…” Lurch’s voice trailed off into the shadowy corners of the lab…

”Let’s just say for now, our hypothesis is this: that trimming of the neuron network in the human brain happened to be uniquely successful in promoting "structured thinking" (a better definition than intelligence)—by generating a neural analog to the process of abstracting the flow of inputs from the senses into hierarchies of categories. There are no special types of neurons of categories—but the result of learning by trimming is a structure optimally supportive of this mode of thinking.”

Cravelli was falling asleep—nodding off before the action even got started. It was all Greek to him—but even so Tito had brief snatches of a Greek-like Medusa creature lurking around in the dark background of the subterranean Terran Development lab sunk way down there deep in the depths of the Washington DC Beltway.

“Every creature learns its unique survival tricks,” a certain Dr. Elyada, a distinguished neurolinguist, was saying. “Survival being one of the oldest games in town. The oldest profession in the world, you might even say, gentlemen.” There were some male guffaws in the audience—the women scientists yawned and looked up at the ceiling.

“You see,” she continued, “the cockroach develops the proper coordination of wing muscles the same way a human baby learns to produce recognizable voices. And flying is no less demanding than producing verbal utterances.”

”Just try to evade Mr. Briskin’s fast hand and you'll admire the capabilities of a cockroach's brain. The miracle of language is not the ability to modulate voice in a novel way, but in the cognitive process that maps between internal representation of categories and standardized (within a community) sets of aural symbols.”

“Thanks a lot,” said Cravelli to the vidscreen, as he was talking on his vidphone to Salisbury Helm. “I guess there’s no way of stopping them now. Not with Terran Development bankrolling their folly, right Sal?”

“Yeah, well, you’re thinking about all the bibs, Sal. All the seventy million people that we’re still keeping in cryopreservation,” said Cravelli.

“You got it, Tito,” said Sal Helm, the campaign chairman for Jim Briskin. The ex-campaign manager, now that the election was over.

“Plus you’re thinking about not having Briskin have to go to Bruno Mini again—getting sucked into one of that child-idiot’s hair-brained wet-ecology schemes for colonizing Mars or Ganymede, right?”

“What do you mean, Tito—having to go to Bruno Mini. He’s already here,” said Helm.

Bruno Mini had a nose for smelly deals—and something rotten in Denmark was making his nostrils quiver like a rat in front of a cheesy mousetrap.