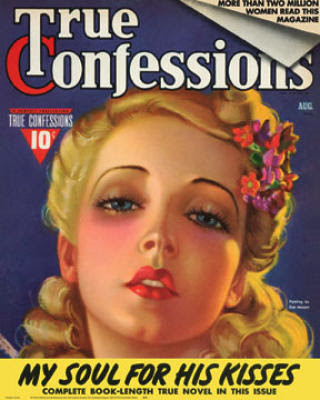 “The signs pursue me and I pursue
them patiently. Seven sailors are on
the Terrace of the café, questioning
the stars through seven mugs of light
beer as they sit around a table”
—Jean Genet, Our Lady of the Flowers

Like Genet I was a thief, murderer and prisoner of love. I led a charmed life in Querelle Junior High and few knew the true dimensions of my pubescent perfidy and fervid desires. The guys I tricked with were like some sort of tall hedgerow that surrounded me—only they knew how charming I really was. But most of the time they ignored me as if I were a Big Zero—my serious business with them made them yawn and I’d get this horrifying feeling of being alone and worthless. The tall proud hedgerow that separated me from the rest of the boring stupid world would shrink—depriving me of my self-pride, reducing me to nothing but an insignificant fag. Suddenly I’d become doubtful of my purpose in life and reality all around me seemed tacky and louche. I felt as if I were suddenly poor and naked in the world. But, sure enough, I’d get hold of myself again.

One of my guilty pleasures was to pretend I was a gangster—even though I really was a prisoner of love. I’d pretend I was a bad guy so I’d resemble the bad guys I loved—daring to butch it up and play their character to the very end. We were all savage chicken full of the usual cruelties—my idols were the bold ones. The young rough trade who didn’t have to steal the bruiser’s adornments like I did—because they were already that way. I’d unwittingly give myself completely to a hoodlum with a muscular build and you’d be surprised how many of them fell for it. I couldn’t fight myself out of a paper bag, but I pretended their muscles were my muscles and they thought I was strong. Afterwards, after making love to one of the Bulkaen boys, I kept up the act because I didn’t want my treachery to deflate them. They were deflated enough—after I did what I did to them.

There were some fags in Querelle Junior High—one of the mariconas named Peter was pale and thin. He tried to move in on the action—but I wouldn’t let him. His waist was very supple, his mince very quick. His eyes especially were splendid—with big black immense eyelashes. We got to quarreling over a handsome stud and I punched him. His eyelashes stayed stuck to my knuckles—they were fake. I kept them and wore them the next day. What could she do but—throw daggers at me?

Usually I felt as if I were always the center of attention—whether I got it or not. I was the infamous Miss Motionless Mover and it was around my planetary attraction that hunky numbers revolved and gravitated. Of course, I was a mere figurehead for some divine symbol of Providence—there was nothing real in the world. Except for exceptionally exquisite male beauty—which was undoubtedly the proof of existence of some nefariously subversive Godhead. I saw myself as proof that a poof was perfect—and my own existence was meant to be. Everything seemed to dovetail around whoever I was in love with at the time—Steve would become the ultimate Sailor, Paul the ultimate Pimp. In this wonderful reverie I bent my mind toward only one thing—the young thugs were forms of a higher Essence from which they were manifest meatballs in the vast spaghetti of existence. The proof was in the sauce—and it was the same with galactic pizzas.

Sometimes though at night—I’d get lonely and cling to my heart. I’m not ashamed to say it—I’d like, I’d like, I’d like, I’d like to…cuddle up in my arms. Mother would tell me to calm down, control myself. But I knew I was a fake—I was all washed up. I’d completely gone to pot by the ninth grade—I just wasn’t the big desperado I pretended to be. I wanted somebody to touch me, to touch me nicely. Instead of getting violent with me all the time—forcing me to my knees. I’d try to bounce back—but they’d make me lay down flat in the locker-room on the benches after gym. Nobody really knew what I was like on the inside—all they wanted was a quickie and either so-so orifice would do. I had to always be on guard—getting myself together all the time. Young toughs and rough trade are that way—they were strong and I was weak. I liked big bruisers, brawlers, bullies, bad boys, plunderers. It wasn’t their fault—I invited my own demise. Word got around—there were spies everywhere. I’d get these phone-calls late at night—guys would honk their horns out front on weekends. What else was I supposed to do?

Toward morning, having stayed overnight with Jimmy in his parent’s cabin on Lake Snozzola, I heard a mysterious noise. He was already awake and doing himself again. He thought I was still asleep and maybe he didn’t want to wake me up. Maybe he was embarrassed to ask me to do him again? I waited and waited—the noise really disturbed me. There was no way I could go back to sleep—with him in bed next to me doing what he was doing. Was he calling attention to himself—and wanting it without asking for it? Was he shy about it—maybe he didn’t want to seem faggy? It make me so nervous that I almost felt like I wasn’t there, that I was in exile, that I was invisible. And yet peeking at him through my half-closed eyes—there was something exquisitely private and poetic about what he was doing. I said to myself—surely this is poetry?

Afterwards, he was smoking a cigarette, looking at the ceiling with the radio on. I pretended to wake up and then I did him again. Sloppy seconds are sometimes the best ones—when a guy takes forever to let something innocent like me do him in. I didn’t hurry like an old whore—I dillydallied and took my time. Afterwards he said “Not bad—you’re just about as good as the basketball coach after school.”

The Supremes were singing “Stop! In the Name of Love!” Somebody raised the red velvet curtain—I bowed. I minced across the red carpet—spread out for me to the showers. Monsieur X (the gym teacher) whispered sweet nothings in my ear—but I ignored him. I had better things to do—the After School Special was about to begin. What’s her name yawned—pulling back the shower curtain. I stepped into the shower—it was steamy, hot and humid. All the meatheads were present—the pinheads, the goofballs, the usual party crashers. A few of my maid attendants were present—fanning themselves breathlessly. The hellish agony of waiting was over—my dizzy queenly corpse floated into the steam. It was all a secret ceremony, of course—only half the school knew about it. The heady male perfume and sweaty armpit perfumes made me faint—I woke up afterwards not remembering a thing that happened to me…

I learned to love them all—the hallways were full of them. The dummies, the delinquents, the incorrigibles, the hard cold criminals. I would kick them all aside contemptuously—laying out my sleeping bag in the English Class. I’d fall asleep in the arms of Literature--surrounded by Lilliput lovers. They’d tie me down—offering me to divinities, archangels and Dante. During the night the Negro and I would work in silence—he never did tell me his life story. I didn’t like stories told by others—despite my own sad tale. Other narratives handed down to me made be sad and blue. Secondary education has its own sad stories—silent movies with so many Norma Desmond types. Even the cute ones were hollow—hollow scarecrows in the Land of Oz. I skipped the Tin Man and Lion—lions, tigers and bears were boring. The certainty of cute young scarecrows without brains was better—their inner emptiness delighted and distressed me.

Irma (Shelley Winters) plays the landlady in Tenant—she’s even better than the Madame in The Balcony. “Oh look, Roman Polanski’s playing Simone Choule tonight. See, he’s in drag with a lovely wig. And those high heels are so lovely—a nice size 68, I had no idea. There she goes—what a nosedive! Now look at her—crawling up the stairs for another try? What’s she doing? Oh dear, she’s jumping off the balcony again. There she goes—with a lovely swan dive. Well, you know what they say. Simone Choule doesn’t disappoint!!!" I ask Irma which Simone Choule—is Miss Polanski playing? “The real one,” Shelley Winters says.

Posted by pugetopolis at 2:22 PM