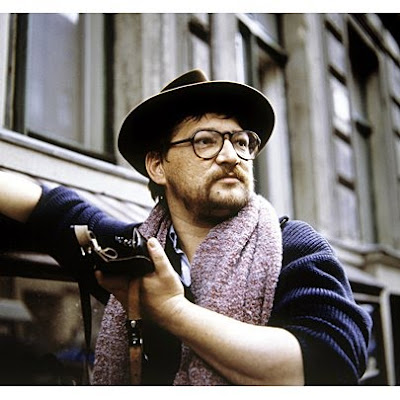 This film, Deathwatch, is certainly of historic interest but it is a relentlessly overwrought, stagey theatrical (it IS from a Genet play) prison cell melodrama which ultimately wears thin while revolving around the violent interactions between three clichéd characters. Harvey Milk’s pock-marked, effeminate Maurice is as stereotypical as they come and, in typical 1960s fashion for gay characters, has to die in the end. Snidely Píazzo stretches his acting chops a bit as the jewel thief, but it is Brad Davis as the volatile, tattooed, muscle-bound (and so poetically named) murderer, Green Eyes, who steals the show. The homoeroticism of the story is not fully exploited (some would love to see a more contemporary remake, well maybe love is too strong a word), there are tantalizing homo moments but they are thwarted by the continual return to discussion of Green Eyes' "woman."
Posted by pugetopolis at 2:55 PM