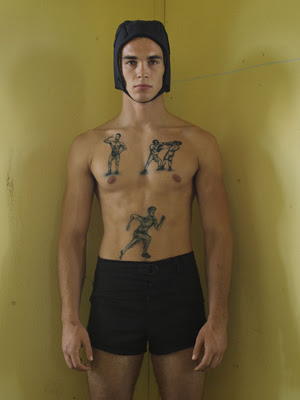 Vladimir Nabokov is pretty good at absurd parables. Like Gogol and Kafka. He tries them on like overcoats—and goes to town with them. Many of Nabokov’s novels and short stories are both weirdly Kafkaesque and absurdly Gogolesque.

Petty, poshlust, boring people like Paduk in Bend Sinister become absurdly ominous—creating crazy nightmare landscapes. Short stories like “Signs and Symbols” portraying Kafkaesque situations in which paranoia oozes into and out of everyday pedestrian situations creating paranoid poshlust scenes like the old couple’s worrying constantly about their insane suicidal son—quirky paranoia showing up as a constantly ringing wrong number ringing in their apartment when they’re actually expecting a phone call from the mental hospital with news that their son has finally succeeded in ending it all. Each call makes it worse since each call is the same wrong number dialed by some other insane person. The old lady tries to explain to the caller that they're dialing the same wrong number, but it doesn't make any difference. It rings and rings and rings. But they have to pick it up, because they're expecting the worst...

The literary critic Walter Kaufmann has said that Kafka’s writing exists like that wrong number: somewhere between the godless world of Sartre and the absurd world of Camus. He comments on Kafka’s Three Parables: The Imperial Message, The Law and Couriers. He mentions that the ending to The Law has often been mistranslated—that it should actually read “The world-order is based upon a lie” rather than “A melancholy conclusion,” as K. says, “it turns lying into a universal principle.” Do you see the difference? Is there a difference? The absurdity of a constantly ringing wrong number? Expecting the worst? Picking it up only to find out that it's absurdly just a wrong number. A wrong number being dialed by somebody just as crazy as their crazy son? Yet the worried mother has to pick it up each time. You see, she doesn't have caller ID like you and me. Nor does the old couple have an answering machine. Somewhere between Sartre and Camus, there's an absurd No Exit it seems. Nabokov's story ends that way; the reader left in a lurch like the old couple late at night sitting around the table waiting for the phone to ring again.

It seems like Nabokov, Kafka and Gogol all share this same disposition that parables are unreliable narratives; and yet they're the basis for so much of our so-called storytelling—the basis for so many of the pulp fiction Kafkaesque parables like the short last one “Couriers.”

“They were offered the choice between becoming kings or the couriers of kings. The way children would, they all wanted to be couriers. Therefore there are only couriers who hurry about the world, shouting to each other—since there are no kings—messages that have become meaningless. They would like to put an end to this miserable life of theirs but they dare not because of their oaths of service.”—Walter Kaufman, Existentialism from Dostoevsky to Sartre

Perhaps it’s not so much that we live in a world of lies—but that we’re all busy-body couriers running around with imperial messages. Running around in circles—with nowhere to go. His imperial majesty is dead—and the whispered messages have been making their strange detoured circuits for a long time now. But the couriers have all forgotten the message—and they’ve all been diverted and lost in the vast corridors and labyrinths of the Castle of language for a long time now. Endless doorways going on and on forever—and each doorway has its own bodyguard to keep the riff-raff couriers away. Whatever the imperial message was—it’s lost and been lost for a long time now.
.
What makes Kafka seem so Kafkaesque—is perhaps that his style is so simple, straight-forward, legal and as cold as an insurance policy, appealing to the modern anxious mind while also plunging us into an alienated subverted transgressive Kafkaesque world. Just as Gogol does in The Nose or The Overcoat with his at first deceptively simple prose which proceeds to slip and slide us through the storyline—until all of a sudden a trapdoor opens up and there’s a jerk as we fall through space and time until we hit the end of the rope and suddenly see a million shooting stars. All the young handsome couriers, my lost Kafkaesque boyfriends.

Posted by pugetopolis at 7:19 PM