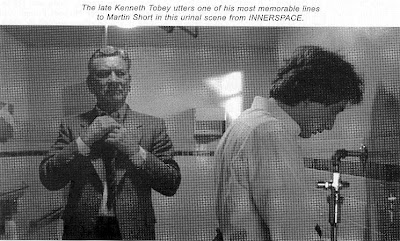 “It’s okay to play with it, fella—
but you don’t have to talk to it”
—Kenneth Tobey, Innerspace

“But what if it did talk back?” I asked myself
What if David Icke—the Conspiracy writer
Was right?—it’s all Reptilian Consciousness?

That Earth is actually—Garden of Eden Planet?
That Eve did make a Snaky Deal after all—
With the devil in reptilian disguise?

Without getting louche—it’s the penis, folks
That’s the real alien Third Encounter for us
Exo-politics = serpentine alien sexuality

If there were an advanced civilization—
Lasting for millions of years here on Earth
Wouldn’t you call it reptilian Lost Knowledge?

But what if there was some disaster—
A meteor strike—like The Tunguska Event
Wiping out everything—worse than Siberia?

After the nuclear winter was over—
Wouldn’t you work at making Planet Earth
A new Garden of Eden—all over again?

This time playing it a little different—
Choosing a more adaptable species to be?
Something less tyrannical Tyrannosaurus Rex?

Something more petite—pleasurable
Like Adam and Eve in the Garden of Eden?
Tree of Lost Knowledge—in the groin?