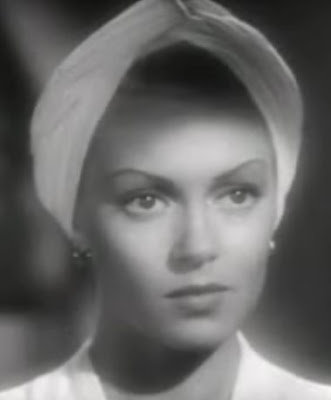 “How do you explain to your
daughter that she was born
to hurt?”—Anne Johnson,
Imitation of Life

“Every mulatto was proof
that the color line had been
crossed. In this regard—
mulattoes were symbols of
rape and concubinage.”
—David Pilgrim, “The Tragic
Mulatto Myth,” Museum of
Racist Memorabilia

Overnight it seemed—Jerome became Susan Kohner. Sullen Sara Jane in Imitation of Life—the crux of the story pretty simple. Jerome wanted to be white all the way all the time—but he couldn’t with his mulatto penis. No mulatto kid with that much down there—could hide it. Nobody in Ingeville—had what Jerome had. Nobody in that little Midwestern town knew—what I knew.

It was an awful cross to bear—and it got heavier every day. Mother had been like actress Juanita Moore—she’d been more into keeping Jerome’s existence in Chicago secret. But how long could mother keep hiding it?—hiding Jerome ignoring him denying him? Was Jerome born to hurt?

After mother died—there wasn’t any need to keep her youngest son in the closet anymore. That’s when she told me about him—and that’s when I went to Chicago. I wanted to meet him—my younger brother. I wanted to let him know about me—and his inheritance. My estranged kid brother—black as the Queen of Spades. But only down there—mauve mulatto everywhere else.

Guilt was part of the game—Dwayne Jerome beginning to live with me. The growing young mystical Thuggery—of what was down there in Jerome’s shorts. How could I subtly suggest to him—how could I be tactful about it? Something as intimate as that? The troubling perplexity of Jerome’s growing shame? Down deep in his growing adolescent ego—his dark Thug power growing. And me wanting some of it…

Jerome had been hurting a long time. I could tell by the way he wouldn’t look at me—the way he struggled letting himself go. It took him a long time getting there—when he’d start calling me “Denise.” Letting me coax him along with my sluttish lips—wanting to know what he felt. Wanting to feel it the way he felt it—totally in the mulatto moment.

The way he became the Other—it lasted a long time. It was our Family Tree—all the runny roots & secret branches. Going down—going down into the Earth. Going down—it took a long time. A part of Jerome—went all the way down the Mississippi. I could feel it—all the way down to New Orleans. I could taste the Caribbean in him—the sugar cane plantations. And even further than that—the African male in him. It was all a part of our Family Tree—and I wanted more of it.

The guilt we felt afterwards—it turned me on. If loving Jerome was shameful—I wanted to feel even more ashamed. I wanted to grovel in it—and become it. I wanted to know the shame of love—and make that shame a part of my everyday life. Everyday and every night. I know it sounds like I was taking advantage of him—and I was. I wanted to take advantage of every inch of him. And every minute I had with him—because I knew it couldn’t last.

That’s how much—how desperately I was into the mulatto-moment with Jerome. And he was getting more and more mulatto-thug by the day—the way he was growing so fast as a teenager. It was like Jack and the Beanstalk—I was greedy for the Golden Harp. And the fucking Goose—that laid the runny Golden Egg. I wanted Shame—I wanted it bad.

The more ashamed Jerome got—the more I wanted him. I wanted to feel that shame deep inside him—all the way and then some. Every inch of it. The more ashamed Jerome got—the harder it was for him to get off. He didn’t want to make love sometimes—and that made it even better. He held it back—not wanting me to feel and taste his shame. Was it the Chicago in him—that didn’t want to come out? Was it New Orleans—the ongoing curse and hurt of slavery? Was it Africa—an ocean away but still as close as looking in a bedroom mirror? The shame was there—I could see it growing. And I wanted it.

Jerome was my kid brother—but it was more than just that. He was struggling with himself—his black consciousness. He felt guilty about it—so did mother. So did everybody else in town—except me. Everybody else—made him hurt. So did I—but it was a different kind of hurt. Maybe I hurt him more—wanting to make him feel good. I wanted to become my kid brother—I wanted to love all the way. Jerome would kiss me—and that was really nice.

But to be anything other than trade—was betrayal of his young black brotherhood. He had to butch it up—he had to be proud of his Negritude. The Negro in him that I wanted—he’d let me have it only so much. At least back then in the ‘60s—in our small college town of Ingeville. In a sea of prejudice—there wasn’t a drop to drink. Except what I managed to squeeze out of him—when he’d let go.

I wasn’t helping matters much—Jerome trying to get his mind off it. With me complicating matters wanting to make love—how could he get his mind off anything with me around? Knowing I was enslaved to him didn’t help matters—mesmerized by the very thing he hated. Three hundred years of slavery—a long time to hurt. Making the angst of his young mulattohood even worse. After all what was more wrong?—Deuteronomy or devil-worship? The straights or the gays? It was like being caught—between the devil and the deep blue sea.

Gradually Jerome gave in—“Okay Denise, take it, man.” And that’s what I did—wanting to make his pain go away. But probably only making it worse. The more ashamed he got about himself and me—the better it got. The more shame he felt—the more I needed him. I needed his shame so bad sometimes—it was just awful. The only thing I could think about—was his face turning away from me. Hiding his face in the pillow—not wanting me to see his expression when he lost it. That’s how bad it was—and it got worse. That’s how bad my mulatto love was getting—I was addicted to the young Prince of Dinge. And he was living in the same house with me—caught up in my arms every night.

How to make up for lost time—I was greedy to find out how. How could I have missed Jerome so much?—all the telltale signs of my kid brother’s hurt feelings. Keeping it to himself all that time—locked-up in his mind. Moping around Chicago—moody kid in the welfare housing. Not knowing who his mother was—finding out too late. And then me—a gay half-brother knocking at the door.

Then Ingeville—not having any friends. Not being able to sleep—knowing his older brother was queer for him. Being selfish with himself—not wanting to share anything with me. There’s nothing worse—than a sullen younger brother. With a chip on his shoulder—and a grudge against the world.

It took time for him to trust me—and lots of Cadillac Love. Driving around at night in the bleak spectral country—in that sleek shark-finned Cadillac of ours. Getting out of town and taking long drives at night—letting him do what he wanted to do. Driving without thinking about himself—moody sullen kid brother. Full of pent-up teenage libido—wanting to live in the moment. The only moment there was—the mulatto moment.

Jerome’s big hands on the steering wheel—his legs spread apart on the seat. As we zoomed across the flat countryside—some nights both of us saying nothing. Both of us just digging the long ride—way out there in the darkness. Some nights both of us not thinking—but what else could we do? We both could feel it—it was always there. There was always something on our minds—it was Mandingo love in the air. Letting my hand glide down his thigh—out on the highway. Beneath a gothic midwestern sky—full of jealous gone stars.

Parking under the Cottonwood River Bridge—listening to the cottonwoods along the bank. A Santa Fe train whistle in the background—just sitting there with each other. Doing nothing—saying nothing. Just digging it—Cadillac Love.