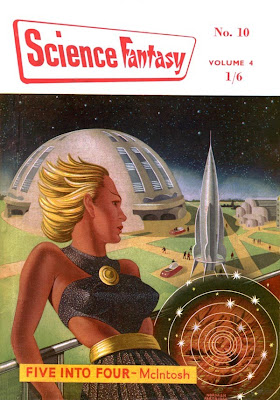 Notes On "Snarke"
—for Susan Sontag

1. Snarke is a noun—a combination of "snide" and "remark." Sarcastic comment(s). Also snarky (adj.) and snarkily (adv.)—Urban Dictionary
“His commentary was rife with snark.” "Your boundless ineptitude is astounding," she snarkily declared. “Not to be snarky, but I don't see how what you're saying makes any sense.” "Oh, well, *that's* a good idea. How about we *all* follow *you* and jump off a cliff like lemmings?" she said snarkily.

2. Many things in this world are snarky; and many things, even if they’re not snarky yet, will be snarky soon.

3. One of these is the sensibility—unmistakably postmodern, a variant of camp sophistication but hardly identical with it—going by the cult name of "Snarke."

4. A sensibility is one of the hardest things to talk about; but there are special reasons why Snarke, in particular, should be discussed now.

6. Sometimes Snarke or Snarkism is basically defined as someone who is suffering from a bad case of snarkiness: “Woah, bitch, don’t give me none of that snarkism.”

7. Sometimes Snarke is defined as mode of masturbation—like “Snarkabratory.” Which is commenting on a topic, item or situation in a gratuitously snarky, scabrous semi-crapulous and puerile manner. Sometimes in a vain attempt to appear relevant to someone under-25. Usually associated with outpourings from semi-literate "urban kultcha kritic" magazine journo's: "MTV is the same age as Justin Timberlake. To progress from that in the usual snarkabratory way is to say TV producers have even less talent than an e-tard flamed on bang".

8. Sometimes Snarke is defined as “Snarkalicious”—a really good snide remark at someone like “Wow, that talk show host is really snarkalicious with Paris.” Or groovy in her own right, Snarkalicious is a person on a mission. “Your mission—cure all constipated children and giving shaving advice. You will leap tall buildings and shoot people down with the immense power of sarcasm.” Snarkalicious is a powerful entity; however, Snarkalicious (or Snarke abbreviated) can also be a gentle soul: “Groovy Snarkalicious Puget is sitting on his couch eating Cheetos and farting along with the Wiggles.”

9. Sometimes Snarke is something not to do as in “Snarkebait”—something which someone says is bait for a snarky response or lecture. “I wouldn't say that again. What you just said was pure snarkebait.”

10. Sometimes Snarke implies bigger Blogosphere boogers: like “Snarkefest” meaning feasting on the words or comments within a Blog by others in the Blogosphere such as when a news item or story, placed by another to snare another logger into smearing the discussed article as fallacious, and then attacking the Blogger as a liar.

11. A form of Snarke is “Snarkeblogging”—to write blog entries with a high level of snarke. Sometimes it can be considered mean, but snarkeblogging sometimes is funny, insightful and interesting. “Dude, I so snarkeblogged the Zuckerberg interview.” ”I cant believe that company thought that was a press release. I am going to snarkeblog this tomorrow.” ”Did you read that snarkeblog? They nailed Steve Jobs perfectly, and it was so funny.”

12. Sometimes Snarke can verge on “Snarkasm”—especially snide or belittling sarcasm, often directed at a person to their face. Alternately: Snarcasm. While the comment, about a third person, "Yeah, that's really going to work," is just conventional sarcasm, the same comment, directed at the person will exaggerated inflection, "Yeah, that's REALLY going to WORK," slips into snarkasm.

13. Snarke often shows up as “Snarkehole”—a snarky asshole; an annoying, sarcastic, self-superior, person. “I read about it from the snarkeholes at the Poetry Forum.”

14. Snarke has happened to me. Even I have been called a “Snarklette”—an attention whore who posts too many poems & postings. "Puget is such a freaking snarklette. No wonder everyone hates him and his toupee.”

15. In terms of the web there’s the “Snarkpit”—referring to possibly the greatest website ever made, for mappers and anyone else who bothers. "Did you see that new ultra leet feature of snarkpit.com the other day?"

16. Personally I prefer the word “Snarke” since the word is me: a witty mannerism, personality, or behavior that is a combination of sarcasm and cynicism. Usually accepted as a complimentary term. Snarke is sometimes mistaken for a snotty or arrogant attitude. “His snarky remarks had half the room on the floor laughing and the other half ready to walk out.”