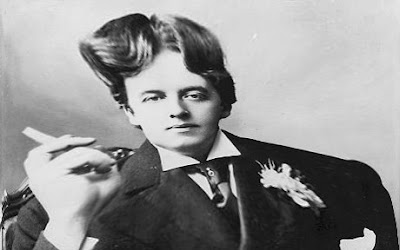 country, the Marquis of Queensberry— and his
thug-detectives could have been given the slip

the estate and incomplete manuscripts, the house
the whole ball of wax—could have been done better

instead of the sham auction—of your books, mss,
furniture, belongings—all of that could

kicked dead by Reading—or made slowly mad by
St. Elizabeth’s—Miss Verlaine left in a daze

Posted by pugetopolis at 1:03 AM