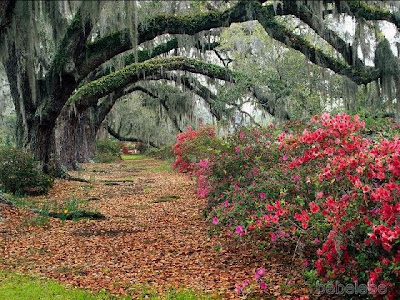 There parents sent them—to become doctors
Doctors, lawyers, engineers—to get going again
Ending up in Miami—others throughout the South

Something had to done—or I’d end up crazy
Beauregard Hall was full of them—Taylor Hall too
Johnson, Hatcher, Hodges—AY CARAMBA!!!

And so after some quick discussion—we made a Deal
They tossed a Mexican Peso—Low and Behold!!!
Armando got it THAT Night—Roberto the Next

Ay caramba!! It was so easy—solving THAT problem
If only the world out there—could be so easily pleased
A little human compassion—some neighborly love?

Posted by pugetopolis at 9:36 PM

What a riveting cleave!

Blush!?! Honey, I almost flunked
out that semester. First there
was too much loud music next door.
Then I got sucked into too much
you know what over there. Either way I was doomed. But I survived
and finally graduated. Lordy, lordy. I still get homesick tho.
For my lost youth and foolishness.
Perhaps that's why I became a writer. I was "happy" back then.
A different kind of happiness now.