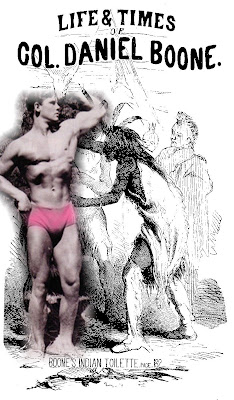 “Can't say as ever I was
lost, but I was bewildered
once for three days.
—Daniel Boone

*Daniel “James” Boone Junior (17-years-old) and his men were taken to Blackfish's town of Chillicothe where they were made to run the gauntlet. As was their custom, the Shawnees adopted some of the prisoners into the tribe to replace fallen warriors; the remainder were taken to Hamilton in Detroit. Boone was adopted into a Shawnee family at Chillicothe, perhaps into the family of Chief Blackfish himself, and given the name Sheltowee ("Big Turtle").

Posted by pugetopolis at 8:36 PM