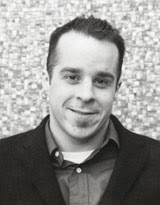 “How does poetry
between gay men
serve as a kind
of cruising ground
in some respects,
as a space to learn
about the nature
of (gay) desire?”
—Christopher Hennessy
"The Interview as Cruising Ground"
QLBTQ Point of View
November 1, 2013

Yes, the interview as artform. As with Hennessy—a gay ‘cruising ground’ artform. He’s good at it—plus he’s tres talented at critiquing his own performance at it as well. As with this latest GLBTQ interview with himself—a unique form of book review I must say.

My interviews with gays are much more along the lines of fag fictional characters out of my imagination. For example, here’s a rather popular piece I posted recently: “Interview with James Whale.”

My style of interviewing is somewhat less cruisy that Hennessy’s charming interviews. Especially when it comes to various Hollywood horror directors…

Nicely interrupted though, now and then, by cute cavorting nude CA boytoys playing there in the lovely blue pool.