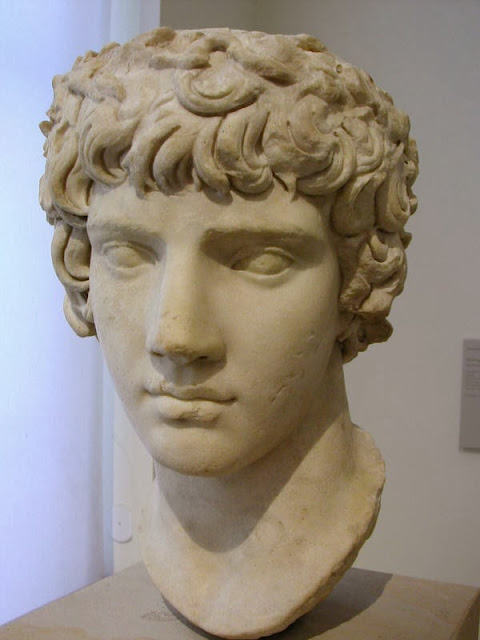 It was truly exquisitely horrible—
That salient trait in my character

My readiness to be unselfish—
And self-sacrificing to cognoscenti

Out of courtesy, out of kindness—
I used to always give way but surely

I tenaciously knew I had to cling to my—
Own original purpose, delay the enemy 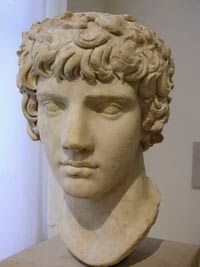 Some bottles of ink, pipes, morocco case—
A pair of glasses in a chagreen case

But tonight my mind was empty, blank—
Irritated by Hadrian-esque hauntings

Like I usually did, it prevented—
Me from ever saying No.

I looked around the room seeking—
Something to read, something, anything

Once satisfied, the door to his favor open—
That was the way with the Venetian youth

Their inadequacy and superficiality—
Making the young male tres omnipresent

Worshipping them mentally no differently—
Than pretentious gadflies worshipping Women

I was struck with sheer annoyance—
Such elitist British cloying closetry

While my Hadrian-esque pertinacity—
Obliged me to persevere despite them

Oftentimes the influence of Venice—
Obliged me to pause and laugh

Didn’t need any such thing as a novel—
A rolled cigarette, some money would do

I languished at my predicament—
God had made me fairly intelligent

But impotent and inactive as a writer—
Should I do travelogues not novels?

Novels must be done by writers—
But writers needed readers, publishers

Like bashful bishops condescending—
Believe me, trust me, be closety

Yet down here in Venice there’s—
Room for indulgence & urbanity

The British sun lacks splendor—
While Mediterranean men are nude

Do I merit exile as a writer—
To be called a sinner, vile, shameful

While Oxford Uranians toil beneath—
The suffering Cross of Closetry?

But is that any kind of reward for the—
Luxury of young sexy Italian loinchops?

Should I simply enjoy my happiness—
And vigorous serenity all in secret?

All unostentatiously enjoying the only—
Success I’ll ever have silently, wistfully?

Why use success as a writer for myself—
And not share it with all the others?

To be all-denuded of the power of love—
Loving anybody, being loved by any?

Must I be self-contained and detached—
Apart from the world of publishing?

Gawd, I know what a sham I am—
How silly if feel begging for some love

But I lost all sense of modesty, my dears—
A long, long time ago in these fetid lagoons

Therefore I pose for them whether it—
Pleases, displeases or strikes awe

It’s not wrong, very wrong anyway—
But what can I do but take them to bed?

Mischief? What nonsense—
They habitually engage in mischief

It’s a way of life, a tinge of destain—
For faggy foreigners greedy like me

Selfishness, self-will and a rather fatuous—
Desire to be distinct from other people

Ugly, yes, sometimes the uglier the better—
Especially the uncut rather large ones

Do I love my neighbor, hardly my dear—
Most people are repulsive to me because

Do I love myself, hardly my dear—
But I don’t think it really matters much

I’m rather more a stupid ignoramus—
But as for myself, I despise myself

I’m not very interesting to anyone else—
I simply despise myself, body, mind & soul