WHO'S AFRAID OF VAGINA WOOLF: ACT 6 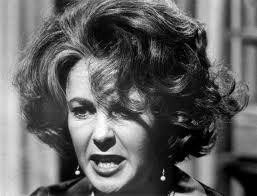 ANGST, ACADEME AND THE REST

Nick: Who did the painting?

George: How about a quietly cozy relaxed young masculine David tres Vatican nude semi-hard intensity? Veined ever so thickly and convolutedly like the exquisite Bernini columns of Rome?
___________

George: Ah, my dear boy. You know what they say. All the ladies in there Rome are coming and going—swishing and whispering sweet nothings about those ever so lewd & lascivious paintings and sculptures by the infamous you-know-who Miss Michelangelo…???
_________________

George: Well, my dear Nick, look at it this way. We take all this incredible trouble to construct a civilization, to build a society based on the principles of... what? Hmmmm?
____________

George: Hardly, my dear. More like like based on the Premier Principles of Prim and Proper Passionless Power and Pitiless Propriety.

George: Disguising it all like a wedding cake with frosting, candles, angels and hope for the future. All that fake, ersatz drag portraiture there in the Sistine Chapel — all the queer pomp and breeder power of the State like the Vatican, my dear. Masquerading it with talented artists like homo Miss Michelangelo. That’s how you make government and art one — realizing that they are, must be, both the same to the breeder masses. Our Heavenly Father tres homogenized — both homonormative and heteronormative as well. One big happy family...
_________________

George: Yes, my dear boy, the Word, Society, Heaven and Hell — it all only happens when Martha says so. That's when we bring things to the saddest of all points — to that last inevitable point where there is nothing more to lose.

George: That's when, all at once, down through all this shitty divine Architecture, down through all the insane sounds of men constantly building Skyscrapers and Temples and then tearing down once again, attempting to erect grand edifices truly like the looming Tower of Babel—it's then, my dear Nick, that suddenly out of the blue comes down the fateful Endgame chorus of Divine Heavenly Artist, the bored and disgusted Artiste himself, ascending with his host of Tragedy Queen minions and Angels, accompanied by the usual kitschy Apocalyptic blaring trumpets and nervous slithery Zither music right out of "The Third Man" Vienna gutters and sewers, yes, my dear, not from above but from the dark moody depths of Miss Orson Welles' demise down there, that's where the final Dies Irae lovely melancholy chorus music emerges, up through the manholes and sewers and gutters of our so-called Austrian-Hungarian Empires or Roman Empires or whatever you want to call it, my dears...
___________________

Posted by pugetopolis at 8:24 AM