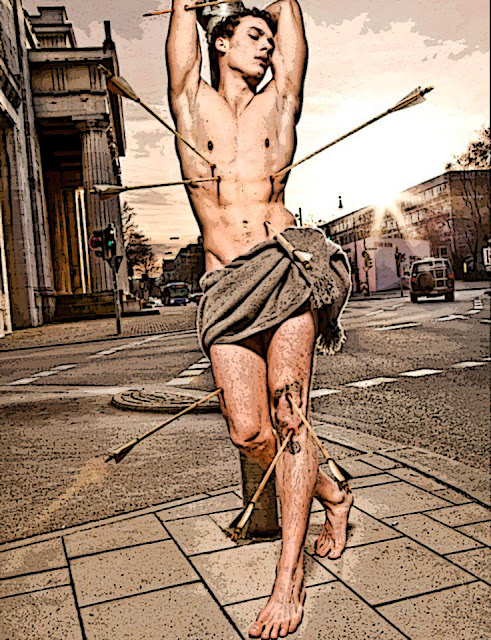 
“They were offered the choice between
becoming kings or the couriers of kings.
The way children would, they all wanted
to be couriers. Therefore there are only
couriers who hurry about the world,
shouting to each other—since there are
no kings—messages that have become
meaningless. They would like to put an
end to this miserable life of theirs but
they dare not because of their oaths of
service.”—Walter Kaufman, Existentialism
from Dostoevsky to Sartre

Perhaps it’s not so much that we live in a world of lies—but that we’re all busy-body couriers running around with imperial messages. Running around in circles—with nowhere to go. His imperial majesty is dead—and the whispered messages have been making their strange detoured circuits for a long time now.

But the couriers have all forgotten the message—and they’ve all been diverted and lost in the vast corridors and labyrinths of the Castle of language for a long time now. Endless doorways going on and on forever—and each doorway has its own bodyguard to keep the riff-raff couriers away. Whatever the imperial message was—it’s lost and been lost for a long time now.
.
What makes Kafka seem so Kafkaesque—is perhaps that his style is so simple, straight-forward, legal and as cold as an insurance policy, appealing to the modern anxious mind while also plunging us into an alienated subverted transgressive Kafkaesque world.

Just as Gogol does in The Nose or The Overcoat with his at first deceptively simple prose which proceeds to slip and slide us through the storyline—until all of a sudden a trapdoor opens up and there’s a jerk as we fall through space and time until we hit the end of the rope and suddenly see a million shooting stars.

All the young handsome couriers, the lost Kafkaesque boyfriends.