WHY SHE HATE KANSAS 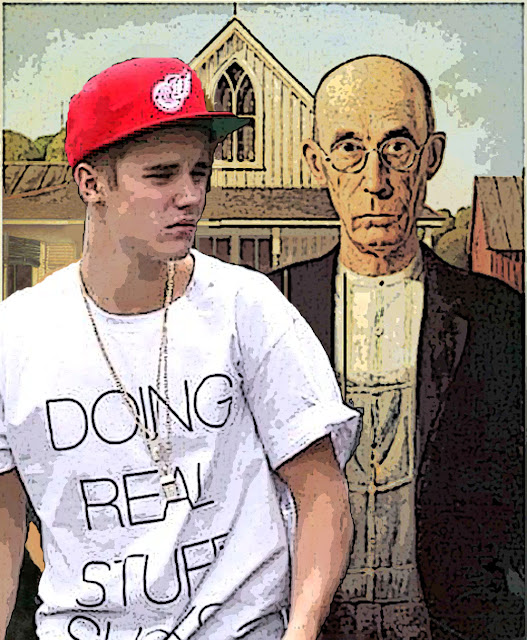 WHY SHE HATE KANSAS

"But you are Blanche,
you are in that chair!"
—What Ever Happened to Baby Jane?

It’s like the way Faulkner ends “Absalom, Absalom.” When he has Quentin the queer Southern boy closet case he uses as a foil say to his handsome Harvard roommate when describing the South:

But, of course, he really does hate it. Their séance flashback to the doomed love affair between Henry Sutpen and his octoroon half-brother Bon the Beautiful Sutpen brings out in stark relief the homosexual angst over being gay back then—during the Civil War and later with Quentin at Harvard.

Quentin ends up committing suicide and jumping off the bridge into the Charles River—because of his guilt over his gay feelings.
__________________

And yet I hated Kansas back then and I still hate the goddamn state. It was more of a state of mind than anything. Growing up queer in Kansas is not the place to be—just like growing up gay in the Deep South was exactly the way to go for either Quentin Compson or Henry Sutpen or any other young man back then in one of Faulkner’s troubled novels.

I suppose Faulkner’s the reason I feel like I do about Kansas. “I don’t hate Kansas! I don’t hate it!” But like Quentin, I really do hate Kansas. I hate Kansas and I hate myself for being gay back then. Being gay and not being able to do anything about it. Guilting myself constantly ending up in an impossible struggle that I had to overcome to survive—something Quentin and Henry weren’t able to do.
____________________

My own literary opinion is that Faulkner was a closet-case too—and that he used his Deep South fiction to develop the Theme and work out its nuances. “The Sound and the Fury” wasn’t enough of a dramatic space to represent himself with the multiple characters and multiple timelines.

So, Faulkner came back to the gay theme in “Absalom, Absalom”—taking up with Quentin Compson’s generation the previous generational gay problem that first appeared in “Sound and the Fury.” This time he was more explicit and used the new novel to revisit the earlier Modernist tour-de-force.
______________________

And yes, I was like Blanche trapped in a wheelchair—in “What Ever Happened to Baby Jane?” I was ever so tragically crippled by the hateful homophobia of that ugly little Fly Over State, that dour sickly Sunflower State, that gaunt Midwestern State of American Goth. Kansas was Stra8t outta that horrible, creepy painting—by poor tormented closet-case Grant Wood. 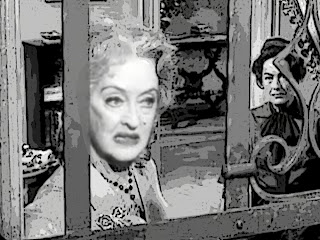 Hating Kansas for being Homophobic is one thing. Getting outta the closet was an entirely different problem for a kid back then in the Fifties, raised in such a gothic Republican Religious Right Wing Red State nightmare milieu—even now the closetry pressures & guilting of gays in the Fly Over State is tremendously daunting, depressing and full of despair.

There’s nothing worse than a pugnacious Peer Group on your back or a bunch of mean rabid disparaging homophobic Adult queer bashers to drive a kid into depression, denouement and even suicide. It still happens even now. The national news is full of horror stories about gays and lesbians in schools ruthlessly bullied, even killed—and without hardly any Adult counseling or societal concern.
__________________

Very few writers have got into Midwestern gay noir—although there’s “Mysterious Skin” author Scott Heim’s novel made into a film by queer cinema director Greg Araki in 2004. The kid thinks he’s been abducted by aliens but actually it was his baseball youth league fag coach who seduced him—and fantasy is how the kid deals with it and how Scott Heim then deals indirectly with the whole Kansas homophobe issue.

Even after Scott’s novel was successfully published and became a popular Greg Araki film—the author went through a terrible writer’s block in NYC still not recuperating from the obvious shock and trauma of having grown up gay in Kansas and then telling his own “Absalom, Absalom” version of what happened.
_____________________________

In other words, even when one gets outta Kansas, the past is there still haunting you in your gay unconscious and there’s still skeletons in your repressed closet even though the Fly Over State is miles and miles away.

Scott Heim’s Kansas demons still haunted him even in New York City—one’s gay boyhood bildungsroman isn’t just a literary artifact. No more than one can’t stop dreaming homophobic nightmares at night—even though it’s all in the past.

The past is never over—it’s as much a part of the present tense as I’m speaking now. In fact, perhaps, stream of consciousness as Faulkner used it to represent the internal flow of Benjy the child-idiot boy of the Compson family and Quentin’s brother—is an authorial method that makes “Sound and the Fury” as well as “Absalom, Absalom” so useful in homosexual representation of gay consciousness.
________________________

Like Heim I got outta Kansas and lived in another state. I went to live with my father in Louisiana and decided to go to college at LSU in Baton Rouge.

The first novel assigned in my English class was guess what? Faulkner’s “Absalom, Absalom.” It was like a lightening bolt outta the blue. To plunge into the mind of one of the most complex Southern writers of the Deep South—and suddenly be confronted with the whole issue of homosexuality, incest and other matters hardly heteronormative in nature, my dears.

That was stunning enough—being able to talk about such matters in a university classroom. Debating the fine lines of being queer in the antebellum South—and even falling in miscegenal love with one’s high yellow Mandingo half-brother, Bon The Beautiful!!!
______________________

But also, Mardi Gras in the Big Easy—with all the shocking flamboyance of French-Creole New Orleans gay parades, gay bars, gay drag and incredibly out-of-the-closet LSU queens who had been screaming faggots since birth!!!!

I fell in love with the Deep South and Gay Delta Culture. I liked it so much and enjoyed the works of Faulkner so well—that I was almost an eternal English major for life. Dorm life was tres gay—but living in the hippie-gay ghetto north of campus with a young black lover was even better.
____________________

And yet, my dears, there was this “House of Usher” haunted mansion feeling still in my fag unconscious that would raise its ugly head now and then. As I began publishing gay poetry in the mid-Seventies and early Eighties in SF with Gay Sunshine Press and in Boston with Fag Rag—there was still this strange little aspect to my gay authorial faggotry that gnawed and demanded some kind of recognition down there deep in the cesspool of my Kansas queer libido.
__________________________

With the burgeoning forth of the bastard child of the Guttenberg Revolution—the Internet and the Blogosphere it created—the stage was set for something that went beyond the early stages of SF Gay Literary Renaissance in the Seventies into a new stage of Gay Literary Instantaneous Gratification—so appealing to queenly literati and fag intelligentsia such as yours truly.

True, it was gratifying to publish “Chicken” and “Size Queen” with Gay Sunshine Press in the Seventies and Eighties. And yes, my dears, gratifying to have copies ensconced there in libraries across the USA, especially the campus library at LSU in Baton Rouge.

But now something even more instantaneously self-gratifying and exquisitely pleasurable is taking place around us, my dears—the Amazon Planet is upon us.

With the closure of Borders and so many Barnes & Noble chain bookstores and the explosion of the new Kindle and Nook E-book culture, one has to ask oneself—where is Print Book Culture heading… or even better yet, where in the world is Gay Publishing parading off to next?
___________________________

No more heavy annoying backpacks full of textbooks for the vast legions of Breeder offspring? No more expensive textbooks for college kiddies to lug around to classes or why type out homework pages on the naked stripped skin of trees when email is so much more easier—and collegiality and group-think so much more charming and sophisticated and tweeting, baby, than the ole IBM Selectric days of my antique university days?

And so, my dears, now in the waning days of my Gay Grande Dame Guignol writerly existence, I feel very fortunate that as yet I haven’t ended up like Joan Crawford upstairs in my wheelchair completely dependent on that bitch Bette Davis in that great fag femme fatale melodrama WHATEVER HAPPENED TO BABY JANE.
_________________

WHATEVER HAPPENED TO DENISE WHAT’S HER FUCKIN’ NAME—YOU KNOW, THAT LIMP-WRISTED MINCING SWISHING LISPING MISS THING BACK THERE IN CRAPPY CREEPY CREPUSCULAR KANSAS????