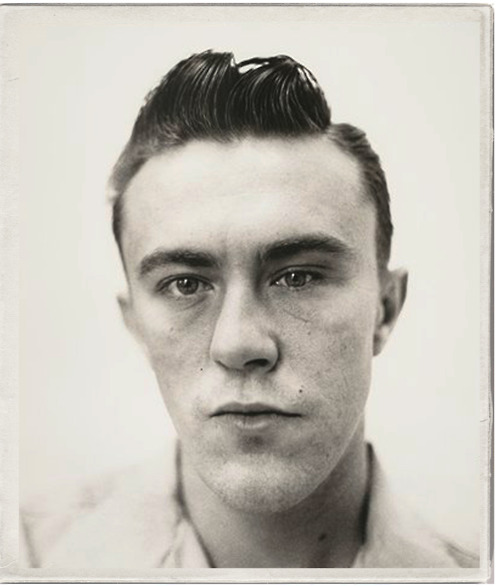 “Richard Avedon photographed Richard Hickock as the latter awaited trial for the 1959 murder of the Clutter family in Holcomb, Kansas — a crime that netted Hickock and his accomplice forty dollars and a portable radio. The minimal, straightforward style of the photograph highlights the idiosyncrasies of the killer’s face and suggests that the photographer is looking for evidence, should it exist, of a homicidal pathology. At the time the picture was made, the country was gripped by the details of this apparently motiveless crime. In 1965 Truman Capote published In Cold Blood, his nonfiction novel about the Holcomb murders. Capote’s look into the heart of rural 1950s America had a disturbing documentary clarity not unlike Avedon’s portrait of Hickock.”—Source: San Francisco Museum of Modern Art

Posted by pugetopolis at 5:07 AM